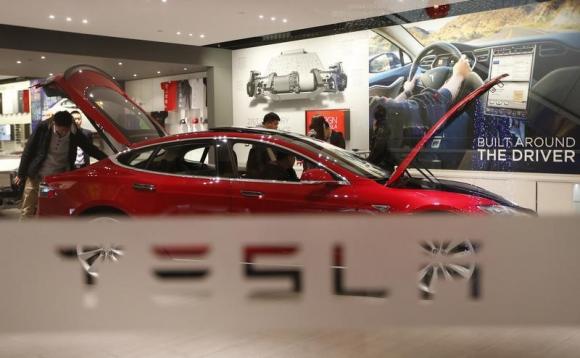 BEIJING - High-end electric vehicle maker Tesla Motors Inc (TSLA.O) on Monday said it is cutting jobs in China under a restructuring plan launched earlier this year, after missing a sales target in the world's biggest car market. Tesla declined to specify how many jobs would be cut, and did not comment on a report in the Economic Observer newspaper last week that it was eliminating 30 percent of its staff or about 180 of its 600 employees inChina. Some positions are being eliminated while others are added, but overall headcount has gone down in a restructuring drive that was announced earlier this year, Tesla spokesman Gary Tao said. The staffing changes are already nearly complete, he said. "The first strategy is to build up a strong and efficient team to respond more quickly to the market, so this is part of the effort to implement that strategy," Tao said. China sales have underperformed aggressive targets set by the company, and Chief Executive Elon Musk is prepared to fire overseas executives if they fail to turn around operations in the country, Reuters reported last month, citing sources with knowledge of the matter. –Reuters