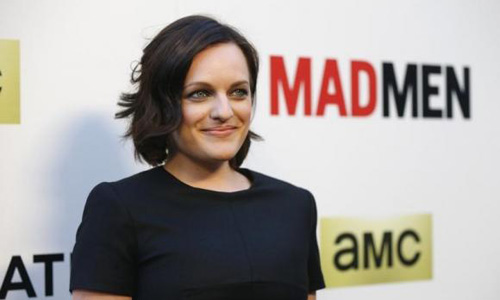 NEW YORK (Reuters) - After years playing the ambitious copywriter Peggy Olson in the acclaimed TV show "Mad Men," Elisabeth Moss has traded the small screen for the Broadway stage in the Pulitzer Prize and Tony award-winning drama "The Heidi Chronicles." The feminist play, which opened on Thursday night at the Music Box Theatre, is a revival of Wendy Wasserstein's work that opened on Broadway in 1989. Women have made strides in gaining equality and juggling careers and family in the quarter century since it was written but many of its themes are relevant today. "Lesson from 'The Heidi Chronicles' still ring true," the newspaper USA Today said in a headline. "A debate of the 80s, motherhood vs. career, still resonates,' added the New York Times. The play follows the hopes, dreams and disappointments of Heidi Holland (Moss) and her baby-boomer generation. It begins with Heidi giving a lecture as an art historian and looks back to high school in 1965 and then follows her through college, the feminist movement, relationships and career over more than two decades. "Elisabeth Moss (waving goodbye to 'Mad Men') is effortlessly endearing - and wonderfully real - as the brainy, mixed-up heroine," said the trade magazine Variety. USA Today praised the "empathy and accessibility" Moss, 32, brings to the role along with a goofiness and "a slight neurotic edge that suits the character." But The New York Post said she struggled in the role and The Daily News described her performance as "middling." Byrce Pinkham, a Tony nominee for "A Gentleman's Guide to Love and Murder," is Heidi's gay friend Peter, whom she meets at a high school dance. He becomes her best friend and a well-known pediatrician. Scoop Rosenbaum, played by "American Pie" actor Jason Biggs, is an arrogant writer who picks up Heidi at a Eugene McCarthy campaign event. Despite his marriage and affairs they form a life-long relationship. "Biggs manages to make a manipulative, self-serving philanderer oddly likeable, which is crucial to Heidi's enduring affection for him, and Pinkham tosses off Peter's bon mots with genial aplomb," said The Hollywood Reporter. But it is Moss who carries the play, particularly with a touching monologue to her high school alumnae. "Ms. Moss, her eyes moistening even as her voice remains strong, delivers this beautiful speech with a grace that grows strong as Heidi's peppery, self-aware humor gives way to lacerating honesty," said the New York Times.