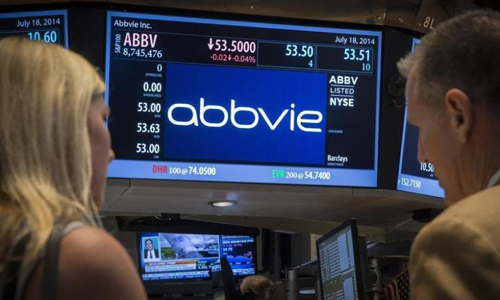 ILLINOIS- AbbVie Inc won the conditional backing of an advisory committee of the European Medicines Agency (EMA) on Friday for a drug to treat a form of blood cancer. The tablet, venclyxto, or venetoclax, is aimed at chronic lymphocytic leukemia (CLL) patients with either 17p gene deletion or TP53 mutation, which are markers for a particularly aggressive form of the disease. AbbVie said patients with these markers have a median life expectancy of less than two to three years. The EMA grants conditional approval for drugs that fill an unmet medical need for serious conditions and show early evidence of clinical benefits outweighing the risks. Venclyxto, developed by AbbVie and Roche Holding AG, was approved by the U.S. Food and Drug Administration in April to treat the disease. AbbVie will market the drug outside the United States, while both companies will sell it in the country under the brand name Venclexta. Cancer has been a focus area for AbbVie as it looks to reduce dependence on its arthritis treatment Humira, the world's top-selling drug. As part of the strategy, Chicago-based AbbVie bought privately held Stemcentrx and its experimental treatment for small-cell lung cancer in April for $5.8 billion. -Reuters