Embattled Australian PM says he will lead government to next election 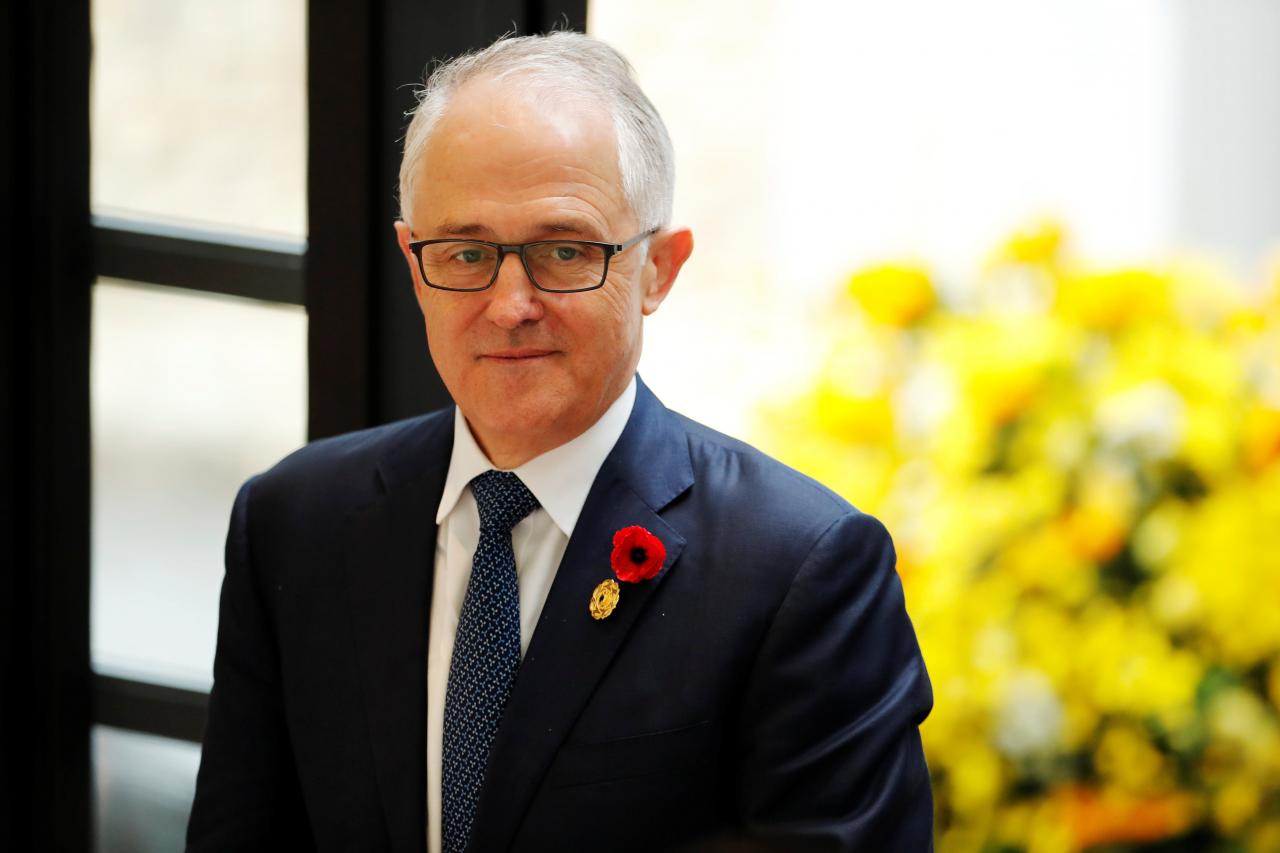 Embattled Australian PM says he will lead government to next election

MELBOURNE (Reuters) - Australia’s embattled conservative Prime Minister Malcolm Turnbull has shaken off speculation about the security of his leadership, declaring on Sunday he will lead his coalition government into the next election in 2019.

Turnbull, who has faced a horror run in recent weeks, losing his one-seat majority and being called to stepdown before Christmas, said that he “runs the government” and that his party’s policies would soon be converted into public support.

“I have every confidence that I will lead the coalition to the next election in 2019 and we will win it,” Turnbull told Sky News television. “I am very confident we will be able to see a disciplined approach to teamwork within the coalition.”

Three Australian prime ministers have been ousted by their own parties since 2010.

Turnbull’s confidence has been bolstered by the stunning by-election victory of his former deputy prime minister, Barnaby Joyce, who easily cruised to victory on Saturday night with a huge 65 percent primary vote.

Barnaby was kicked out of parliament just over one month ago because he held dual citizenship with New Zealand, a status he has since rescinded. Under Australia’s constitution dual citizens are banned from the national parliament.

Barnaby’s win restores Turnbull’s slim one-seat majority in parliament and Turnbull, who is struggling with record low opinion polls, has claimed the victory as a vote of confidence in his performance.

Turnbull has been under sustained attack for much of the year over issues including same sex marriage and the scandal-plagued banking sector, and has failed to end widespread disquiet within his coalition about his future as leader.

On Friday, the conservative deputy premier of New South Wales state John Barilaro called for Turnbull to step down as a “Christmas gift” to the nation.

The comment came just days after Turnbull was forced into an embarrassing policy reversal and called a Royal Commission into the country’s banking and financial sector amid mounting political pressure.

Turnbull has failed to stem a flow of disgruntled voters away from his conservative coalition to far-right parties and the fragility of his government has been exacerbated by a dual citizenship crisis which is forcing a number of lawmakers, like Barnaby, to recontest seats. One of those by-elections for the blue-ribbon conservative electorate of Bennelong in Sydney on Dec. 16 could see Turnbull again lose his majority in parliament if the opposition Labor achieves a surprise win.