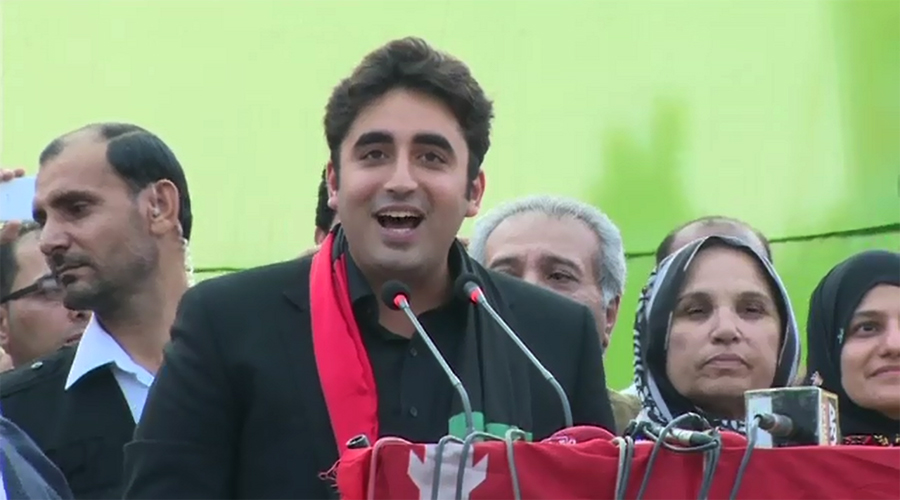 RAWALAKOT (92 News) – PPP chairman Bilawal Bhutto has said that the end of the PML-N government will start from Rawalakot. Addressing a public meeting on Thursday, he said that the movement for independence from the Dogra rule was started from Rawalakot. He said that the Kashmiris did not support PML-Ns’ Modi-friendly policies. “Kashmiris know how to take and snatch their right,” he said. The PPP chairman said that PM Nawaz Sharif was silent over the massacre in Occupied Kashmir. He said that Modi would win if the PML-N won in Azad Jammu and Kashmir. Opposition Leader in the National Assembly Syed Khurshid Shah, Faryal Talpur and Sardar Yaqoob also addressed the meeting.