Endless search for dead a week after Indonesia's quake 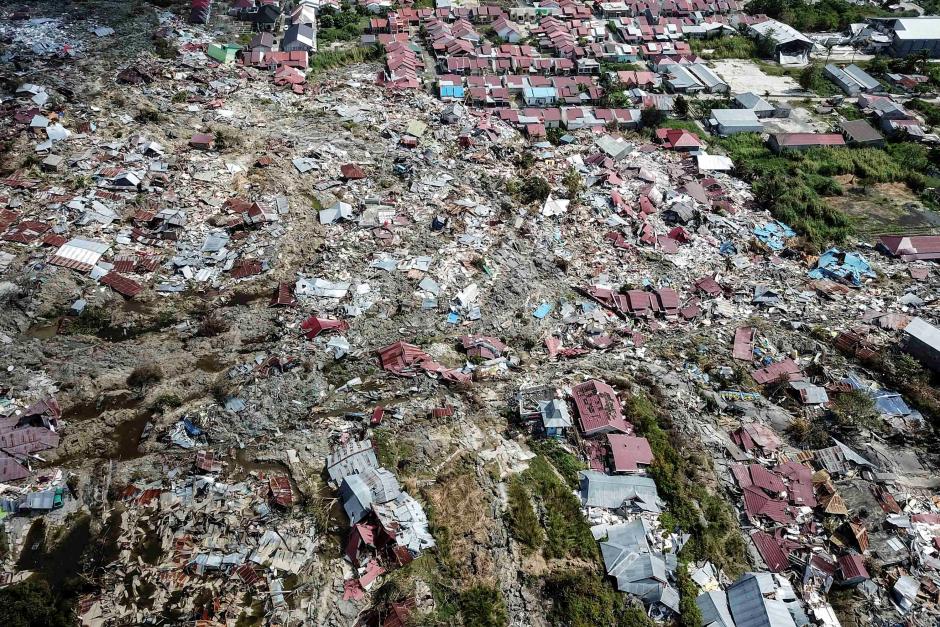 Endless search for dead a week after Indonesia's quake

PALU, Indonesia (Reuters) - A week after a major earthquake brought devastation to Indonesia’s Sulawesi island, Hasnah has trouble remembering all of the dead relatives she’s trying to find in the tangled expanse of mud and debris that used to be her neighborhood.
Hasnah, 44, is from Petobo, a village on the southern outskirts of the city of Palu, where last Friday’s 7.5 magnitude earthquake triggered a phenomenon called soil liquefaction, which turned the ground into a churning sea of mud. “More than half of my family are gone,” Hasnah told Reuters as she sobbed. “I can’t even count how many. Two of my children are gone, my cousins, my sister, my brother in law and their children, all gone.” The official death toll from the quake and tsunami it triggered stands at 1,558, but it will certainly rise as more bodies are recovered in Palu, where most of the dead have been counted. Figures for more remote areas, some still cut off by destroyed roads and landslides, are only trickling in, if at all. No one knows how many people were dragged to their deaths in the roiling quagmire in Petobo and nearby areas south of Palu, which were particularly hard hit by liquefaction. The national disaster agency says 1,700 homes in one neighborhood alone were swallowed up and hundreds of people killed. “I saw our homes being sucked into the earth. The earth was like a blender, blending everything in its way,” said Hasnah, who like many Indonesians goes by only one name. “I’m lucky to be alive but I feel like I don’t want to be.” Hasnah said she has sufficient food and water for now, but she’s furious that a search and rescue operation in her area only began on Thursday. “I’m so disappointed. They said they would come with the heavy machines but they didn’t. They lied.” ‘DO IT OURSELVES’ Sick of waiting for help, villagers themselves have been searching, Hasnah said. “We’ve mark the possible bodies with sticks. You can see a foot sticking out, but there’s no one here to dig them out.” The first signs of recovery are evident in Palu. Electricity has been restored and some shops and banks have reopened and aid and fuel are arriving. Doctors have been flocking to help from other parts of Indonesia. The Budi Agung hospital has a capacity of 134 beds with about 20 more set up in a tent outside. They are all full. Doctors said many patients have been at high risk of infection because they were buried in mud. “At this point, the emergency cases have been handled. Most of the surgeries were for broken bones. But the number and nature of injuries was far worse because of the liquefaction and mud,” said one doctor, Muhammad Riendra. “All the wounds were dirty.” Rescue workers are pushing into outlying districts, where residents say they have been scavenging for coconuts, bananas and cassava. Villagers rushed a Red Cross helicopter that landed in a flood plain in Sigi district, south of Palu, on Friday to drop off blankets and tents, a Reuters witness said. They scrambled for the supplies unloaded from the back of the aircraft as its rotors spun. Sulawesi is one of the archipelago nation’s five main islands, and like the others, is exposed to frequent earthquakes and tsunami.