The COAS reviewed the Flag Presentation Parade as chief guest. He awarded Battalion Standard to 4th Pakistan Battalion which was raised on 10th of October 2016. 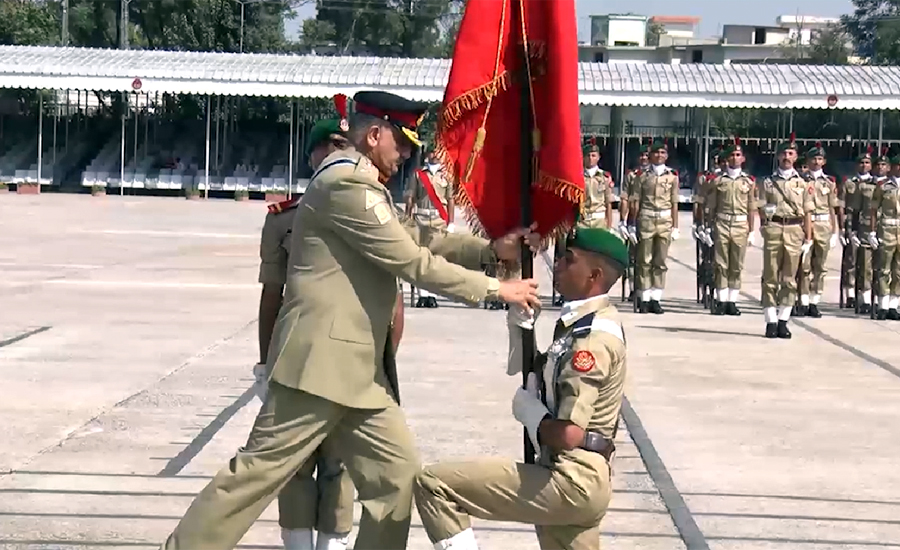 Dilating upon future challenges in the view of changing dynamics of warfare, the COAS advised the cadets to wholeheartedly focus on training and remain abreast with the latest advancements in technology to prove equal to the task.

He said Pakistan Army is proud of its young officers who continue to lead their men from the front with courage and devotion to defend the freedom of motherland. 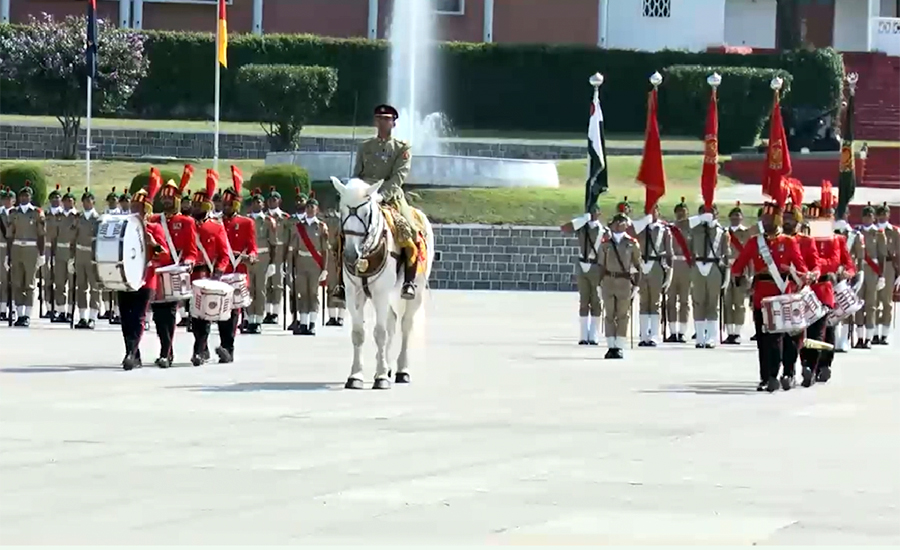 "Enemies want to weaken the state through the hybrid war. We cannot keep silent on the efforts of those criticizing Pakistan. The conspirators are a hurdle in the regional peace. No power can harm a united nation," he declared.

COAS Qamar Bajwa said that the Pak Army defended the borders by overcoming terrorism. "In the future war, the role of untraditional method of war will be important. The Pak Army will come up to the expectations of the nation whether it is a traditional war or a response against terrorism," he added.

He expressed the hope that the Afghan land will not be used against any country.

The COAS said that the hearts of Pakistanis throb with the Kashmiris. "We cannot forget our Kashmiri brothers in this month of independence. We will continue to play role for peace and stability in Afghanistan." 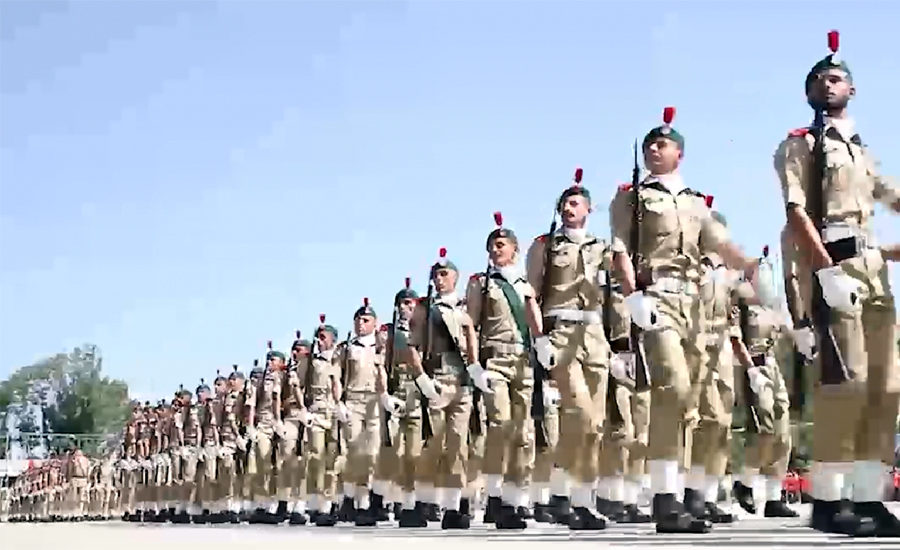 COAS Bajwa said that Pakistan wants national and regional peace. "We have continuously been clarifying the international community to play its role for peaceful solution in Afghanistan. We hope that the Taliban will fulfill the promises made with the world," he concluded.