England are better than team that swept Wallabies in June 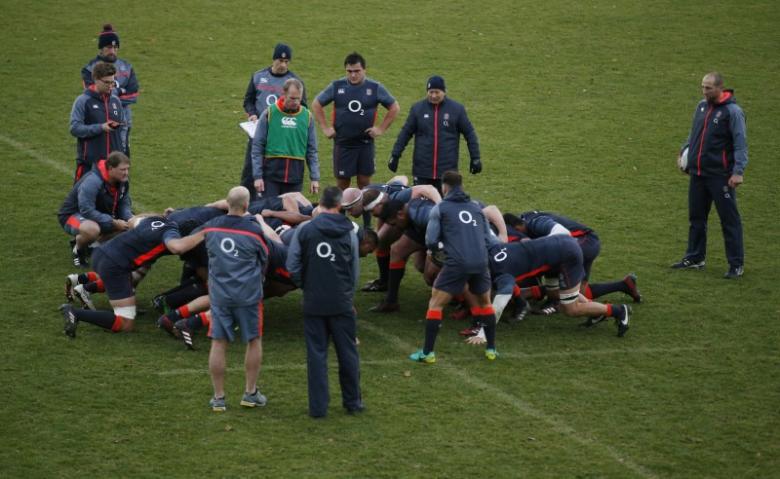 England are better than team that swept Wallabies in June

TWICKENHAM - Former Wallaby Glen Ella has fired a warning to his compatriots ahead of the end-of-season showdown with England at Twickenham on Saturday - Eddie Jones's team are better than they were in June. Ella helped out his former Randwick team mate Jones as skills coach when England thumped Australia 3-0 in a test series Down Under in the mid-year international window. The Wallabies have struggled since, losing three games to the All Blacks and once to South Africa as well as having their grand slam bid ended by Ireland last week in Dublin. Ella, who was an assistant coach with the Wallabies at the 1995 World Cup, said England had meanwhile progressed even further. The former test fullback highlighted the growing influence of backline playmakers George Ford and Owen Farrell as key to England's winning streak of 13 matches. "This team has ... improved since they last met in Sydney as Eddie, whilst happy with the series win, always wants his team to move forward and they have, especially in the backs," Ella wrote in a column on www.sportsta.me. "The generals, Ford and Farrell are now well established and both could control the game when required, whether it be through the hands or from the boot, an area which the Australians can't match at this stage." Ella noted that Jones and Wallabies coach Michael Cheika, also a former Randwick team mate, had engaged in a war of words ahead of the Twickenham showdown with the accent on the scrum. Jones said he would meet with referee Jaco Peyper to discuss the Wallabies tactics at the scrum, while Cheika fired back that England loosehead Dan Cole was a serial cheat. Ella praised Cheika for responding to Jones after keeping mostly silent in the June series but hoped his players would not react to the rows with the sort of "niggle" they displayed in matches against England and the All Blacks this year. Despite favouring England to win and go unbeaten through the calendar year, Ella believed the Wallabies would be tough opponents for the home side to break down. "It's fair to say that this Wallaby team is a much better outfit than the side they put on the field in June," he wrote. "They are finally starting to trust their instincts and are playing like a cohesive team. I think the Wallabies will have the shackles off them after their defeat in Ireland. "Now that the grand slam is behind them, they will hold nothing back and will run everything at the English ... and this game will be a close one that could go either way." -Reuters