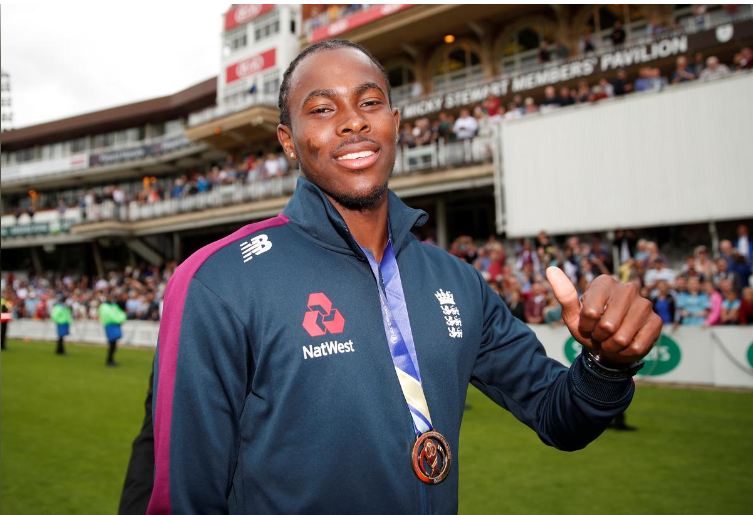 LONDON (Reuters) - Speedster Jofra Archer received his maiden call-up to the England test squad for the Ashes series opener against Australia while all-rounder Ben Stokes was reappointed Joe Root’s deputy on Saturday.  Barbados-born Archer was one of the standout performers in England’s maiden 50-overs World Cup triumph earlier this month. The 24-year-old, who claimed 20 wickets in the World Cup, is set to make his test debut despite only returning to action on Friday in a T20 Blast clash for Sussex after a side strain. The pace bowler missed England’s 143-run win over Ireland in a one-off test at Lord’s, as did batsman Jos Buttler and Stokes but the trio were included in the 14-man squad for the Edgbaston test beginning on Aug. 1. “Though it’s unusual to select a squad of 14 for a home test, there are compelling reasons to do so here,” national selector Ed Smith said in a statement. “Several bowlers are recovering from injuries or niggles... Some bowlers who played in the World Cup are being monitored to assess their preparation for test cricket.” England’s leading wicket-taker James Anderson is making good progress in his rehabilitation from his right calf injury and is expected to be fit for the match, the cricket board said. “The wider circumstances — a successful World Cup campaign followed so quickly by a home Ashes series — are unprecedented. It feels sensible to select an expanded squad and leave a number of bowling options open for the final team selection,” Smith added. Spinner Jack Leach misses out despite his battling 92 in the second innings of the Ireland game that earned him the man-of-the-match award. Stokes takes over as vice-captain from Jos Buttler for the first time since Sept. 2017 after being cleared of affray last year over a fight outside a nightclub which prosecutors said left two men unconscious. Squad: Joe Root (captain), Moeen Ali, Jimmy Anderson, Jofra Archer, Jonny Bairstow, Stuart Broad, Rory Burns, Jos Buttler, Sam Curran, Joe Denly, Jason Roy, Ben Stokes, Olly Stone, Chris Woakes.