England extend lead to 142 at tea in second Test 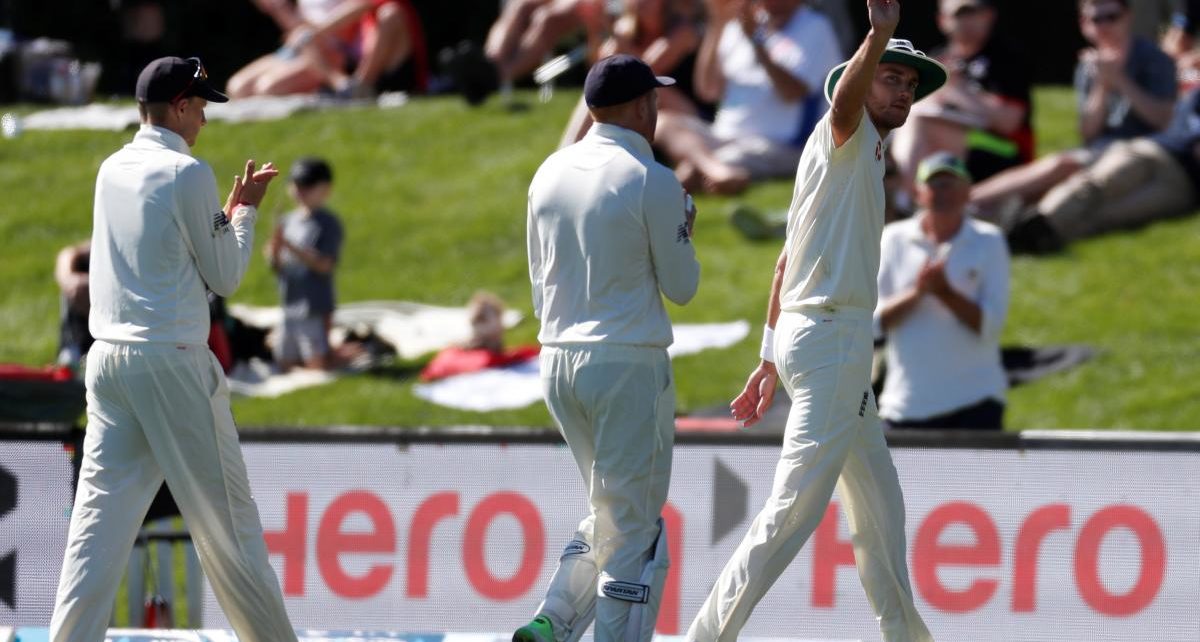 England extend lead to 142 at tea in second Test

CHRISTCHURCH (Reuters) - James Vince and Mark Stoneman extended England’s second innings lead over New Zealand to 142 runs in the second Test at tea on the third day after bowling out the hosts for 278 during the first session at the Hagley Oval on Sunday. Vince was on 55, while Stoneman was 42 not out, the pair were barely troubled in ideal batting conditions to take England through to 113 for one in an unbroken 89-run partnership. Alastair Cook was the only wicket to fall in the session when he was caught by wicketkeeper BJ Watling off Trent Boult for 14. Cook has been dismissed by Boult in all four innings in the series, with the former England captain scoring just 23 runs at an average of 5.75. Stoneman was also given out caught behind off Neil Wagner while on 35, but the left-hander reviewed the decision and technology showed the ball had flicked his shoulder rather than come off his gloves. Vince brought up his third Test half century with his ninth boundary when he hit an overpitched Ish Sodhi delivery to the extra cover fence. Stuart Broad had earlier completed his 16th five-wicket haul, finishing with six for 54, while his new ball partner James Anderson had four for 76 in New Zealand’s innings. Watling top-scored with 85 before he was bowled by Anderson, while Tim Southee scored his fourth Test half century before he was bowled by the 35-year-old for 50. Neil Wagner (24 not out) and Trent Boult (16) then provided a swashbuckling 10th-wicket partnership of 39 runs to get their side within sight of England’s first innings of 307. England need a win to deny New Zealand their first series victory against them since 1999. The hosts won the first Test at Eden Park in Auckland by an innings and 49 runs.