LONDON (92 News) – The debate around Adil Rashid’s selection hasn’t affected the team said Joe Root, adding that was in favour of the leg-spinner’s inclusion in the side.
It has been the big talking point in the lead up to the Edgbaston Test: Should Rashid, who had walked away from red-ball cricket earlier this year, have come into the Test squad – and subsequently the XI – ahead of other long-format spinners? Lots of people have had their say, but as far as Root, the England captain, is concerned, none of that really matters and the team is happy.

England have named Adil Rashid ahead of Moeen Ali for the first Test
“Criticism against Rashid hasn’t affected us. He’s gone about his business as he has all summer and how he does it in the one-day side. He looks like he’s bowling extremely well and hopefully he can transfer that out in the middle now,” said Root on the eve of the first Test against India. Root also confirmed that he had backed Rashid’s selection in his capacity as the leader of the team and then the nature of the pitch in Birmingham led to the Yorkshireman getting in the XI.

“Obviously I was in favour of the selection, and I think it gives us a really great attacking spinning option. In terms of the criticism, people are entitled to their opinions and can voice what they want. I probably think it’s slightly unfair but that’s my opinion,” said Root. “Looking at the surface, we decided we only want to go with one spinner and that’s going to be Adil. Both Moeen Ali and Adil bring different things to the table, but with the amount of right-handers we think are going to be in India’s team he gives us a very attacking option.” One of those right-handers is Virat Kohli, one of the best batsmen in the world and the pivot around which the Indian batting revolves. His 134 runs in five Tests back in 2014 is another subject that has been discussed a lot before the Test series. 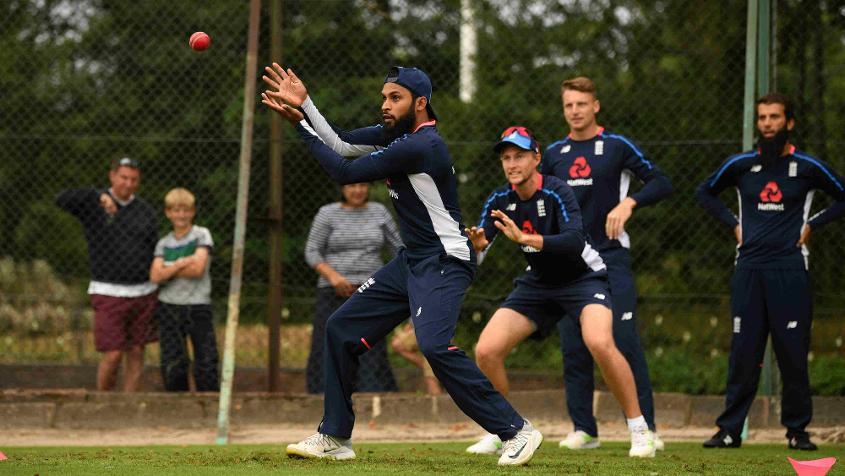 Rashid 'gives us a really great attacking spinning option' –Root
“From our perspective, we’d love similar form, but we know how good a player he is and what he is capable of. He’s come a long way in the last few years in this format in particular,” said Root. “We feel we have some strong plans in place for him but ultimately when you play against the world’s best players they generally have answers. I’m sure there are a lot of England fans out there that love watching him play. We obviously know he’s a world-proven performer in this format and it’ll be very important for us to try and keep him quiet. “But there are some other good players on show within these two teams and it’s important we make sure we outperform India as a whole.”