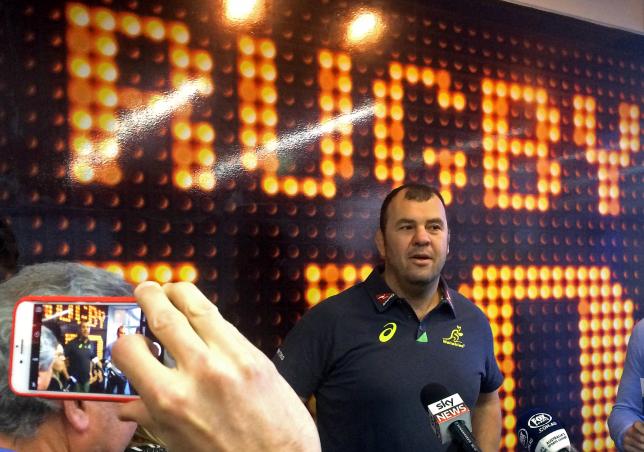 BRISBANE - England have worked "unbelievably hard" on improving their scrummaging since the World Cup but will need to go up another level against Australia in Brisbane on Saturday, according to scrum coach Neal Hatley. The English used to take for granted that they would dominate the scrum against Australia but the Wallabies turned those expectations upside down last year when they beat the hosts 33-13 in the World Cup. Hatley was not involved in that campaign nor England's Six Nations grand slam triumph earlier this year but is aware that the threat from Australia's scrum has increased greatly since Michael Cheika brought Argentine coach Mario Ledesma on board. "I always expect fireworks at scrum time," he told reporters at Lang Park on Friday. "They've improved massively under Ledesma, the Australians have come on leaps and bounds, so it's going to be a tough contest, but we've got people like Dan Cole who are top quality scrummagers. "It will be unbelievably attritional in there." Cole admitted on Thursday that England had been second best at the scrum against Australia last October, although he did think public questioning of the legality of the scrummaging of fellow prop Joe Marler had influenced referee Romain Poite. Marler has skipped the tour for personal reasons so tighthead Cole will be the only remaining front row starter in the England side from the Twickenham humiliation. Cole will line up alongside his pugnacious captain Dylan Hartley with loosehead Mako Vunipola on the other side of the scrum as the tourists look to restore what every Englishman considers to be the natural order. Against them will be young gun loosehead Scott Sio, veteran hooker and Australia skipper Stephen Moore as well as Greg Holmes, who got the start at tighthead after Sekope Kepu arrived late back in Australia from France. Intriguingly, Poite will officiate once again. As England coach Eddie Jones pointed out when in charge of Japan at the World Cup, the Frenchman has a reputation for deciding early which is the dominant pack and thereafter penalising the opposition. Hatley, perhaps sensibly, was not ascribing to that theory in the public domain on Friday. "I think Romain Poite's a better referee than that," he said. "I don't think one scrum will determine how he referees the game. We're going to have to scrummage every scrum like it's the most important scrum in the game and let him get on with that." -Reuters