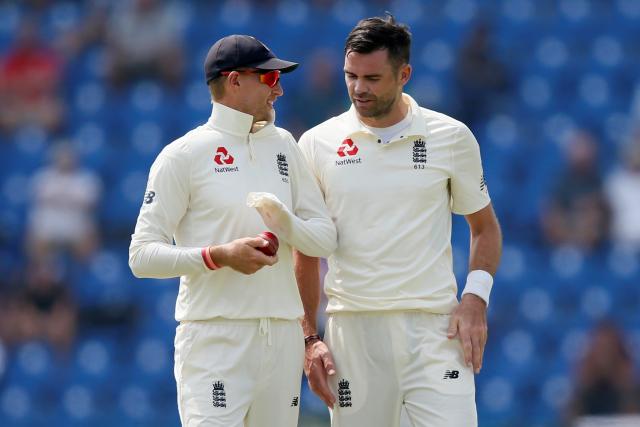 COLOMBO (Reuters) - England made two changes to their squad for the third and final Test against Sri Lanka, with seamer Stuart Broad coming in for the rested James Anderson, while Jonny Bairstow replaces injured all-rounder Sam Curran, who is out with a side issue. England ended a 17-year wait for a Test series victory in Sri Lanka after taking an unassailable 2-0 lead with a 57-run victory in Pallekele on Sunday. Anderson, England’s record wicket-taker, has claimed just one wicket in the first two Tests, off his second delivery of the series, with the hosts preparing spin-friendly pitches. "I understand the reasoning behind it with the series already won," the 36-year-old was quoted as saying on the England and Wales Cricket Board (ECB) website www.ecb.co.uk. “With the winter we’ve got ahead, it makes sense for Stuart to get some cricket. He’s not played for a while and it’s going to be a tough tour of the West Indies. “It’s a good opportunity for him and the team. You have to look at the situation — it’s hard work for seamers here and it’s not like I’ve been able to have a huge input on the games.” Broad missed out on a place in the starting 11 for the first two Tests but will feature in the match on Friday at Colombo, a venue where he made his debut in 2007. Wicketkeeper Bairstow, who missed the first Test due to an ankle injury, takes the place of Curran, but will play as a specialist batsman with Ben Foakes keeping wicket once more. Foakes impressed with a century on debut in the first Test and kept a fit-again Bairstow out of the side for the victory in Pallekele. England team for third Test: Rory Burns, Keaton Jennings, Jonny Bairstow, Joe Root (captain), Ben Stokes, Jos Buttler, Moeen Ali, Ben Foakes (wicketkeeper), Adil Rashid, Jack Leach, Stuart Broad.