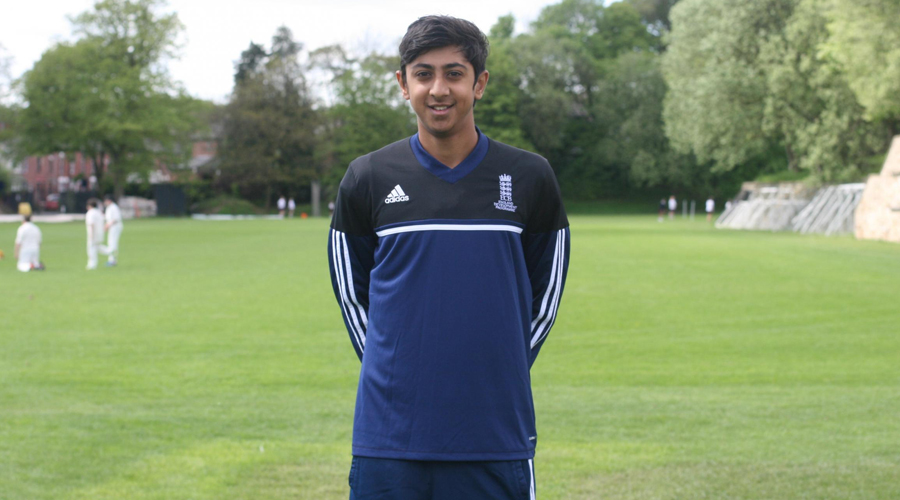 LONDON – Teenaged opening batsman Haseeb Hameed was one of the three uncapped players named on Friday for England's forthcoming tour to Bangladesh.
Surrey all-rounder Zafar Ansari and Northamptonshire batsman Ben Duckett are the others, while Ansari's 38-year-old team mate Gareth Batty returns as one of the four spinners, 11 years after he was last selected for a Test. Opener Alex Hales and one-day captain Eoin Morgan had decided not to tour Bangladesh over security concerns. Most interest will now focus on whether Lancashire's Hameed can succeed where Hales largely failed in solving the longstanding problem of an opening partner for captain Alastair Cook. The 19-year-old has been prolific in county cricket this season, scoring more than 1,000 runs at an average of 52. He would become one of the youngest players to appear for England since the second world war. "For someone so young, has had an impressive season," national selector James Whitaker told the England and Wales Cricket Board website (www.ecb.co.uk). "His four centuries, against some of the best bowling attacks in the country are testament to his outstanding temperament and attitude. "Ben Duckett merits his call-up to both squads after showing his qualities as an attacking batsman. "His 220 not out for the England Lions in a 50-over game against Sri Lanka A earlier this summer was very special." Selecting four spinners for the Test matches will offer "plenty of options", Whitaker added. "Alongside Moeen Ali and Adil Rashid, we are excited about the qualities that Zafar Ansari and Gareth Batty bring to the squad. "Zafar has great potential both with bat and ball and Gareth’s experience as one of the country’s best slow bowlers and his ability to be effective in subcontinent conditions will be beneficial." Ansari was selected for the Test squad to tour Pakistan last year but had to withdraw with a thumb injury. England play two Tests against Bangladesh next month, after three one-day internationals that begin on Oct 7. After Morgan's decision to stay at home, wicketkeeper Jos Buttler will be the one-day captain. Batsman Joe Root has been rested from the one-day squad. England Test squad: Alastair Cook (captain), Moeen Ali, James Anderson, Zafar Ansari, Jonny Bairstow, Gary Ballance, Gareth Batty, Stuart Broad, Jos Buttler, Ben Duckett, Steven Finn, Haseeb Hameed, Adil Rashid, Joe Root, Ben Stokes, Chris Woakes, Mark Wood. One-Day International squad: Jos Buttler (captain), Moeen Ali, Jonny Bairstow, Jake Ball, Sam Billings, Liam Dawson, Ben Duckett, Liam Plunkett, Adil Rashid, Jason Roy, Ben Stokes, James Vince, David Willey, Chris Woakes, Mark Wood. –Reuters