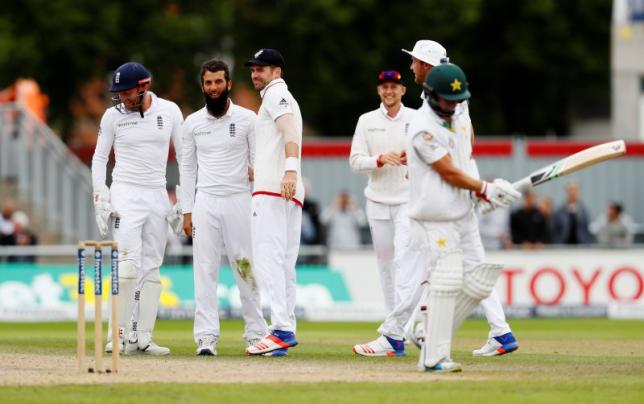 COVENTRY, ENGLAND – England possess so much strength in depth that captain Alastair Cook's side have the potential to dominate world cricket for years to come, according to former Ashes-winning fast bowler Matthew Hoggard. Hoggard, England's ninth-highest test wicket-taker with 248 victims in 67 matches, believes his country are already feared by the other elite sides after defeating Australia, South Africa, India, New Zealand and Sri Lanka over the past three years. Cook's team are fourth in the test rankings behind top-rated Australia, India and Pakistanbut the former Yorkshire seamer expects them to climb to the summit soon. "England have flirted with periods of dominance before and have never quite achieved it," Hoggard told Reuters in an interview while playing in this week's Farmfoods British Par-3Golf Championship at Nailcote Hall near Coventry. "But at this moment in time they've got the right balance to be the best in the world for a number of years. We are feared ... and with the group of players we've got there's no reason why we can't be the best." Hoggard said the back-up cricketers itching to get a chance in Cook's side were as good as, if not better, than the players now in the team. "The reason England are so strong is the competition for places," he said. "There are loads of wicketkeepers in line to play and loads of middle-order batsmen. "Sam Billings is getting lots of runs and look at Ben Duckett who scored 220 not out for the Lions in a 50-over game against Sri Lanka this week. He put on an unbeaten 367 for the second wicket with Daniel Bell-Drummond (171). "In the bowling department we missed Ben Stokes and James Anderson in the first-test defeat against Pakistan at Lord's this month but look how well Chris Woakes is playing for the team at the moment," said the 39-year-old Hoggard. "There are a group of players behind the current crop who have got the shirts at the moment who could do at least as good a job and maybe an even better job. We've got so much strength in depth." Cook's men rebounded in style from their 75-run defeat at Lord's by handing Pakistan a 330-run drubbing in the second test of the four-match series in Manchester and Hoggard said the visitors would now be "licking their wounds". "Sport is funny," said the Yorkshireman who featured in the England team that ended an 18-year wait to win the Ashes when they beat Australia in a memorable series in 2005. "Look at Yasir Shah at Lord's, he looked a world-beater, the best spinner in the world, Shane Warne-esque, and then he took one for 213 in the first innings at Old Trafford. "That's the great thing about sport, you never really know what's going to happen next. "They are two fantastic games coming up. Edgbaston is another wicket that will produce a result," he said of the venue for the third test in Birmingham that starts on Wednesday. "It might turn a little bit but whoever plays the best cricket for four to five days will come out victorious." –Reuters