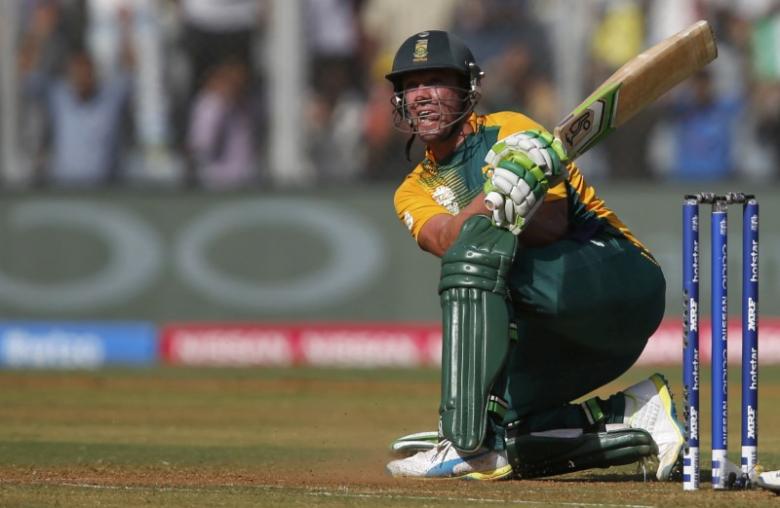 LONDON – England have recovered from their disastrous 2015 World Cup campaign and are one of the favourites for next month's Champions trophy, South Africa captain AB de Villiers said ahead of the teams' three-match one-day international series.

England were dumped out in the group stages of the World Cup after winning only one of their five matches. They are currently ranked fifth in the ICC world rankings for the format.

"They did really well to come back from that," De Villiers told reporters.

"They are a really talented group of players - the way they came back from that earned a lot of respect around the world.

"They must be one of the favourites, in their home country and playing some really good cricket of late."

All-rounder Ben Stokes had a stellar Indian Premier League season, scoring 316 runs and collecting 12 wickets in 12 matches to help the Rising Pune Supergiants reach the final but he will not play in it after being recalled by England for the South Africa series.

"He's definitely got something special about him," De Villiers added.

"A lot of guys lose their way in the IPL, and others find the next level in their game - Ben Stokes definitely lifted his game and I think it would have done him the world of good."

De Villiers, 33, has made himself unavailable for the test series against England which follows the Champions Trophy.

"I haven't retired - but I'm not going to change my decision," De Villiers said.

"I'll look indecisive, but it's important that I'm feeling physically and mentally healthy, and that's what I decided on."

The first ODI between England and South Africa is in Leeds on Wednesday. –Reuters