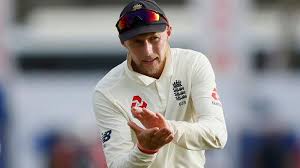 GALLE (Reuters) - England skipper Joe Root is hoping the drought-snapping Test victory over Sri Lanka will prove just the start of a run of success away from home for his team. The 211-run victory was the first away win for England in 14 Tests going back more than two years, a first on the road under Root’s captaincy and only a fourth defeat for Sri Lanka at Galle in their last 14 matches at the venue. “It’s not just us, like we’re the only side that struggles away from home, it’s across the board in Test cricket,” the 27-year-old batsman told reporters. “That makes it even sweeter when you do come to a very difficult venue, like Galle, and manage to win. “Hopefully we can build on this and it’s not just a one-off for us. We can go to Kandy with huge amounts of confidence and look to still improve and get better.” Sri Lanka were disappointed not to give spin-bowling great Rangana Herath a win in his last match and have concerns over the fitness of captain Dinesh Chandimal, who suffered a groin strain during the match. “Chandimal’s injury is grade one tear, and it will take 10 to 14 days to recover, so it will be touch and go for the second Test match,” coach Chandika Hathurusingha said. “We’ll wait and see how his body recovers before we make the call. If he is not 100 percent fit, he may not play. We have to look at a replacement or standby player for him.” England wicketkeeper Ben Foakes was named Man of the Match after scoring a century in his maiden Test innings, which could leave the tourists with a selection headache of their own. Regular gloveman Jonny Bairstow is expected to recover from an ankle injury and be available to play in the second match of the series starting in Kandy on Thursday. While Foakes said he was happy just to have had the chance to play the longest format of the game for his country, Root said these were the kind of tough decisions any captain would want to have to make. “We’ve some difficult selections ahead, which I’m not complaining about,” he said. “It is going to be tough, but that’s what you want. You want guys performing and to make those tough calls. Whether that’s leaving people out, keeping the same team, shuffling the pack slightly, we’ll have to wait and see.”