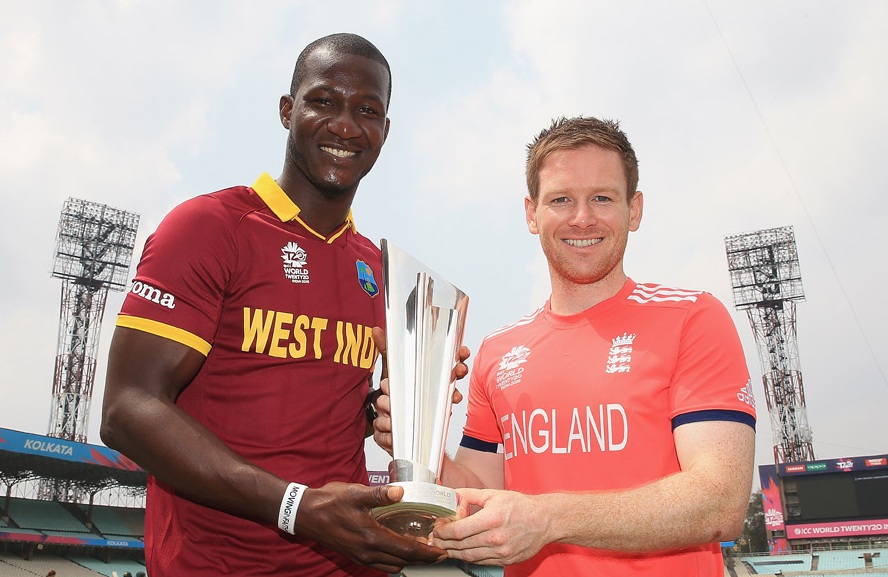 KOLKATA (92 News) – England and West Indies will battle to become the first two-time winners of cricket's World Twenty20 in a big-hitting showdown on Sunday (today). A year after exiting the 50-over World Cup with egg on their face, Eoin Morgan's England will hope to complete their redemption by out-muscling a West Indies team who are themselves a team reborn. Inspired by the ultimate game changer Chris Gayle, the men from the Caribbean are hoping to go home with the shortest format's biggest prize on the same day that their women are also gunning for glory at Kolkata's iconic Eden Gardens stadium against Australia in an earlier final. Gayle will be looking to become the first player to crack a century of sixes in T20 internationals, having already smashed a record 98 -- 11 of them in the current tournament. England meanwhile will hope to add to their tally of 34 sixes in the tournament, more than any other team, underlining their transformation into the game's great entertainers. Jason Roy, one of the stars of the new-look England, promised they would come at their opponents "with all guns blazing" and continue in the same aggressive vein that has confounded their old conservative reputation.   Probable teams England: A Hales, J Roy, J Root, E Morgan (capt), J Buttler (wkt), B Stokes, M Ali, C Jordan, D Willey, A Rashid, L Plunkett. West Indies: J Charles, C Gayle, M Samuels, L Simmons, A Russell, D Bravo, D Ramdin (wkt), D Sammy (capt), C Brathwaite, S Badree, S Benn.