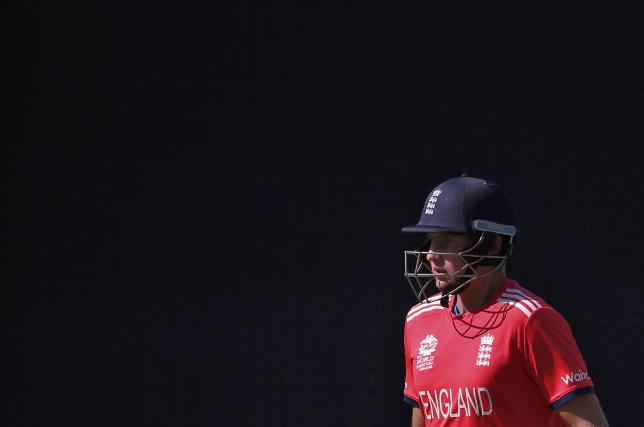 NEW DELHI – England's contrasting batting displays in their last two World Twenty20 matches did little to enhance their title credentials but batting mainstay Joe Root said the team's best is yet to come in the tournament. Blown away by Chris Gayle's blistering century in their first game, the 2010 champions bounced back with Root leading a thrilling 230-run chase against South Africa. Eoin Morgan's men eked out their second win against Afghanistan but not before the associate nation had exposed their frailty against spin by reducing them to 57-6. Root conceded his team could not adapt to the conditions but the 25-year-old was not fretting about the nature of a win that kept his team on course for the semi-finals. "We've obviously not performed at our best throughout the whole competition yet which, in a way, is quite exciting because we know that's still to come," Root said ahead of Saturday's match against champions Sri Lanka at Feroz Shah Kotla. "Really pleasing to me is that we are finding ways of winning games which is really important in this format of the game." Root was run out against Afghanistan and the other six wickets to fall were claimed by the spinners. It was quite in keeping with the trend in a tournament in which spinners occupied the top four places in the wicket-takers' list going into Friday's matches. England are set to face a trial by spin against Sri Lanka at Kotla and Root believes the best approach is to mix aggression with caution. "There is no right or wrong way of doing it. For me it's about trying to play as few dot balls as possible and try and cash in on the boundaries when they are available," said Root, who visited the Taj Mahal in Agra on Thursday. Sri Lanka have had six days to recover from their defeat by group leaders West Indies but wicketkeeper Dinesh Chandimal admitted the middle order remained a worry. "We are struggling with our batting, especially the middle order," the 26-year-old said. "We don't have experienced guys in the middle but we are working hard in practice and looking forward to do well in the next two games." Rangana Herath has been subdued in a spin-dominated tournament but Chandimal predicted the left-armer, aided by off-spinner Sachithra Senanayake and leggie Jeffrey Vandersay, would trouble England. "We all know he is a world-class bowler and can do (a lot of) damage in the next two games..." Chandimal said. "They are struggling against the spinners." –Reuters