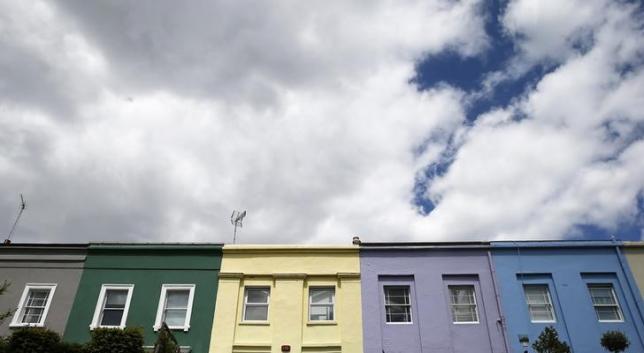 LONDON - Asking prices for houses in England and Wales saw their biggest rise in the month to mid-September for 13 years as cheap borrowing and a lack of properties on the market led to market "extremes", property website Rightmove said on Monday. The asking price for homes rose 0.9 percent, or 2,550 pounds -- the biggest increase for the September period since 2002 -- to a new record high of 294,834 pounds ($456,904), according to a survey by Rightmove. Prices had fallen by 0.8 percent in the month to mid-August. The Rightmove survey follows other signs that Britain's housing market is heating up again. Britain's government has created subsidies for the purchase of newly built homes and slightly eased planning requirements in a bid to address the shortage of homes for sale. "High demand, lack of suitable supply, and increasingly stretched affordability are leading to some extremes in market forces in different sectors and parts of the country," said Miles Shipside, Rightmove's housing market analyst. Although people already on the property ladder are reaping the benefits of the rise in house prices, first-time-buyers are finding it harder to get into the market. The price of properties usually sought by first-time buyers, with two bedrooms or fewer, fell by 1.1 percent. "It looks like some of those buying typical first-time-buyer properties are now struggling to afford prices in this bracket that have on average gone up by nearly 10,000 pounds in the last year, hence new sellers are asking for less," Shipside said. The divide between England's north and south continued to sharpen. Property prices in all four southern regions rose by an average of 1.3 percent, while in northern regions there was an average decline of 0.9 percent. The survey was conducted between Aug. 16 and Sept. 15. -Reuters