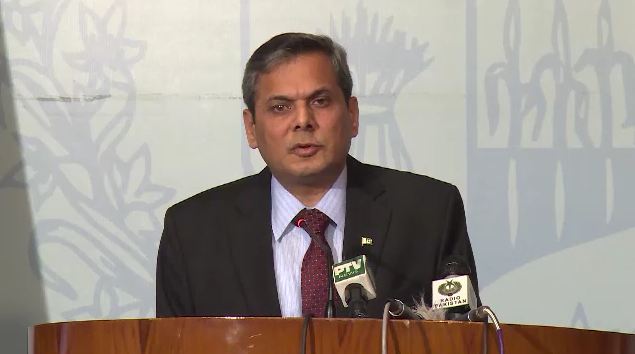 ISLAMABAD (92 News) – Foreign Office spokesman Nafees Zakaria said Tuesday that the entire Pakistani nation is standing with the innocent Kashmiri victims of Indian forces. In his statement on the occasion of Eidul Azha, he said that Pakistan strongly condemn atrocities being committed by the Indian forces in Indian-held Kashmir. The spokesman said that the killings of innocent Kashmiris must be stopped who sacrificing their lives for the right of self determination. Nafees Zakaria appreciated the UN High Commissioner on Human Rights Zeid Ra'ad Al Hussein on raising the issue of the use of excessive force by Indian authorities in Indian Occupied Kashmir in his opening statement to the 33rd session of the Human Rights Council in Geneva.