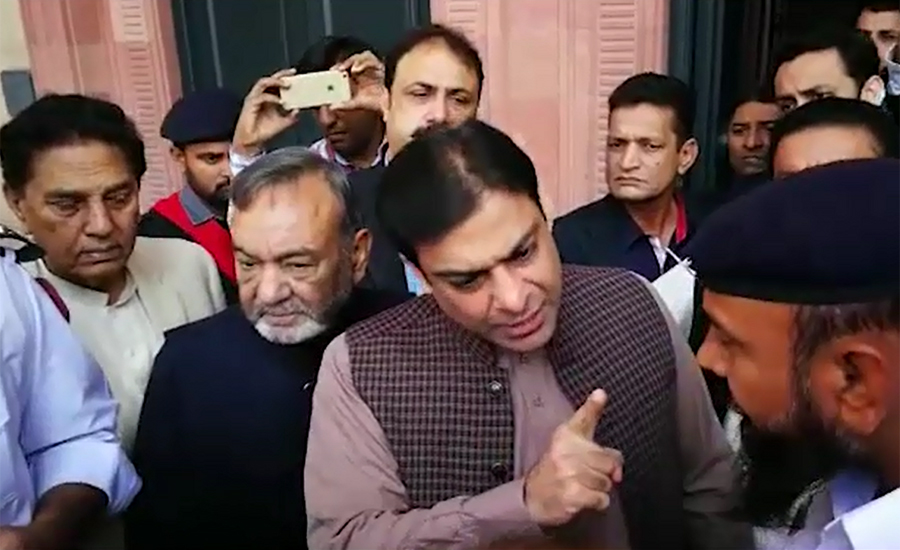 LAHORE (92 News) – Opposition Leader in the Punjab Assembly Hamza Shehbaz exchanged hot words with the security staff for stopping unconcerned people from entering the assembly during the Senate elections on Thursday. During the tirade, he criticized Speaker Pervaiz Elahi and accused him of violating the rules. The PML-N members dismantled the barriers and walkthrough gates. As a result, security officials had to close the gates of the assembly. Later, they protested against the incident and staged a sit-in on the premises of the Punjab Assembly. In reaction to PML-N members’ attitude, Punjab Information Minister Fayyazul Hassan Chohan said that the PML-N was allowed to bring six guests, but they brought 12 guests. He said that the PML-N members always tell lies. The minister said that PA employees cannot stop any member.