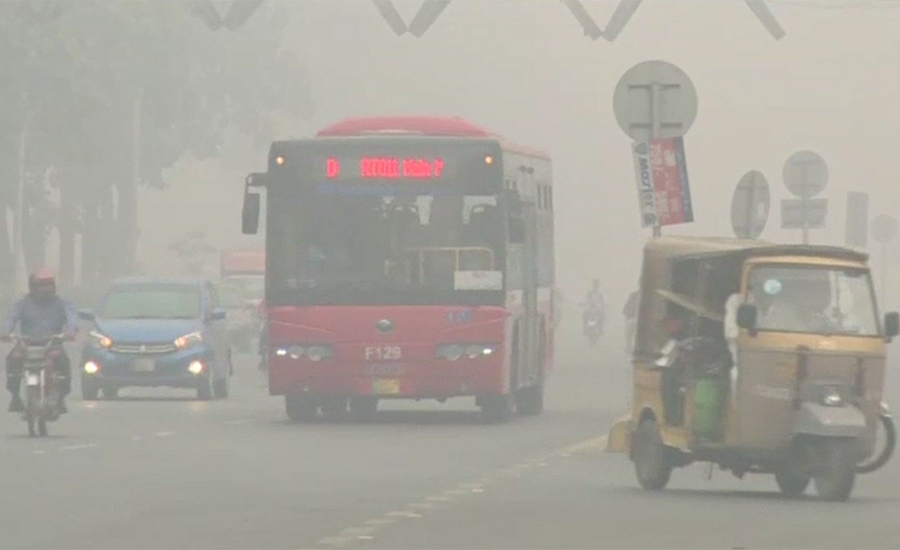 LAHORE (92 News) – The Punjab Environment Protection Department and the district administration failed to stop the smog in Lahore. As per details, no action has been taken against the 300 factories, which worsening the air quality, for emission of smoking at different areas of all over Lahore. As many as 500 factories situated at Band road, Shadbhag, Mehmood Boti, Ravi River and Rohi drain are being caused worsening the air quality and making breathing difficult for the residents. The environment department jus only took action against the responsible elements to pollute the airas result of Smog in Lahore. A steady rise in carbon emissions, coupled with a spike in cross-border crop burning, has thickened the layer of smog enveloping the provincial metropolis and other parts of Punjab, reducing visibility and causing flight delays. Air pollution caused by traffic, industries, crop burning and disposal of solid waste are major contributors to smog. With Pakistan witnessing a steady rise in carbon emissions, and air pollution in the neighbouring New Delhi hitting hazardous levels and blowing across the border, the smog is only expected to worsen in the forthcoming winters unless urgent action is taken, the Pakistan Meteorological Department has warned. Smog, also known as ground-level ozone, is a thick yellowish black fog which suspends in the air. It is caused when air pollution, emissions and fumes combine with fog and sunlight, forming a thick layer of smoke-like film in the atmosphere.