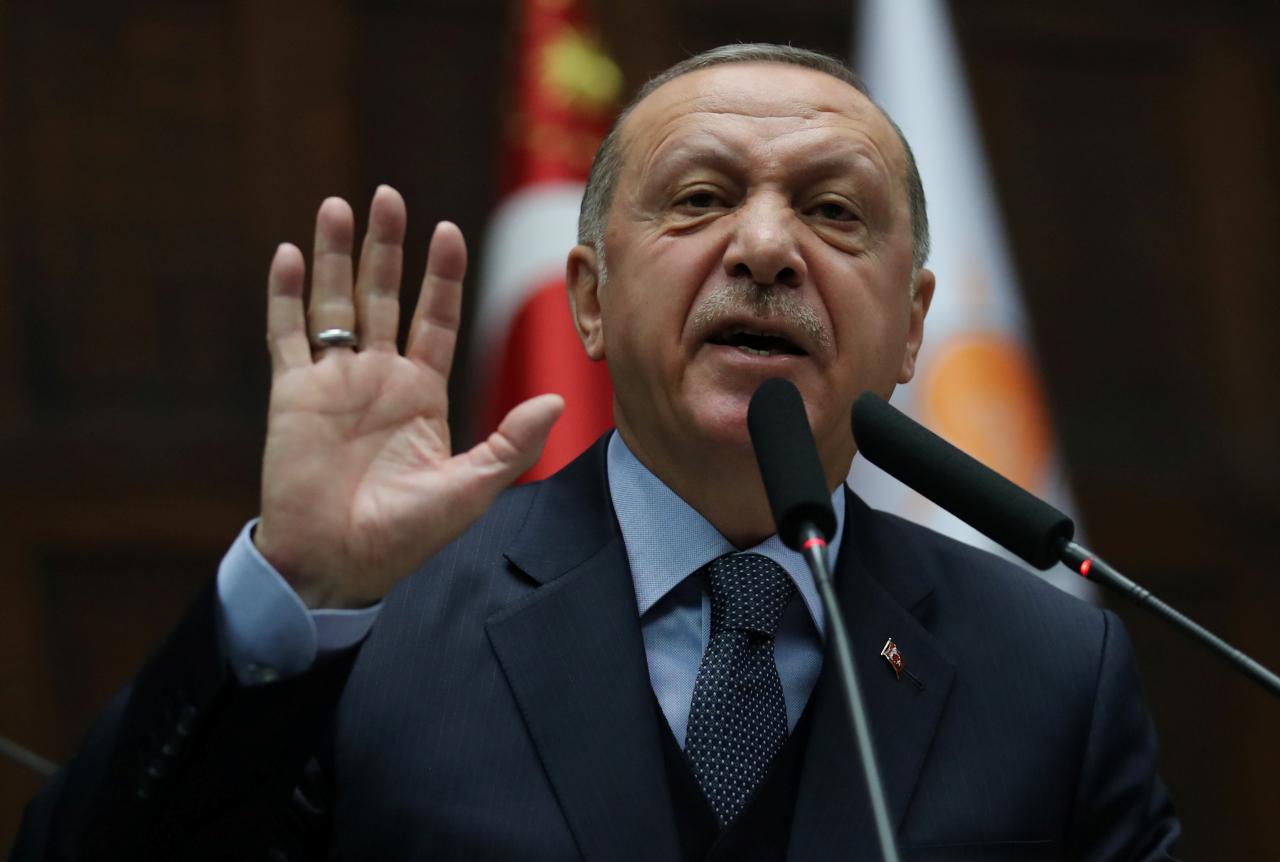 ANKARA (Reuters) - President Tayyip Erdogan rebuked Washington’s national security adviser on Tuesday for demanding that Turkey does not harm Kurdish fighters in Syria, accusing him of complicating US President Donald Trump’s plan to withdraw US troops.

Erdogan said John Bolton, who met Turkish officials in Ankara on Tuesday but left Turkey without holding expected talks with the president, had “made a serious mistake” in setting conditions for Turkey’s military role after the US pull-out. Trump said last month he was bringing home the some 2,000 US troops in Syria, saying they had succeeded in their mission to defeat Islamic State and that Turkey would take over the final stages of the military campaign. His abrupt move sparked concern among officials in Washington and allies abroad and prompted Defence Secretary Jim Mattis to resign. It also alarmed the Kurdish YPG militia which has been Washington’s main ally against Islamic State in Syria, but is considered a terrorist organisation by Ankara.

Before arriving in Turkey, Bolton had said that Turkey must coordinate military action with the United States and that no US withdrawal would take place until Turkey guaranteed the Kurdish fighters would be safe.

However, Erdogan said Turkey would confront the YPG in the same way that it will take on Islamic State. “If they are terrorists, we will do what is necessary no matter where they come from,” he told a members of his AK Party in parliament. “Bolton has made a serious mistake and whoever thinks like this has also made a mistake. It is not possible for us to make compromises on this point.” Turkey had reached a clear understanding with Trump over the withdrawal plans, but “different voices have started emerging from different segments of the administration,” Erdogan said.

A senior Turkish official said Bolton had asked to see Erdogan, and that his earlier remarks may have been a factor in the meeting not going ahead. Erdogan later told reporters there was no need for him to meet Bolton. The YPG has been a key ally in the campaign against Islamic State, an alliance that has long caused tension between Washington and Ankara. Turkey views the YPG as an extension of the outlawed Kurdistan Workers Party (PKK), which has waged a three-decade insurgency in Turkey’s mainly Kurdish southeast. Ahead of Tuesday’s talks, Turkey’s Hurriyet newspaper said Ankara was expected to ask US officials either to hand over its military bases in Syria to Ankara or to destroy them. It cited unspecified sources as saying Turkey would not accept Washington handing what it said were 22 US military bases in Syria over to the YPG. A senior Turkish security official told Reuters last week Washington needed to allow Turkey to use its bases in Syria. Bolton was joined by US Chairman of the Joint Chiefs of Staff General Joseph Dunford and US special Syria envoy James Jeffrey for the talks with his Turkish counterpart Ibrahim Kalin. Kalin is Erdogan’s spokesman and deputy head of Turkey’s security and foreign policies board. Erdogan warned on Monday the US withdrawal must be planned carefully and with the right partners. Only Turkey, he said, had “the power and commitment to perform that task”.