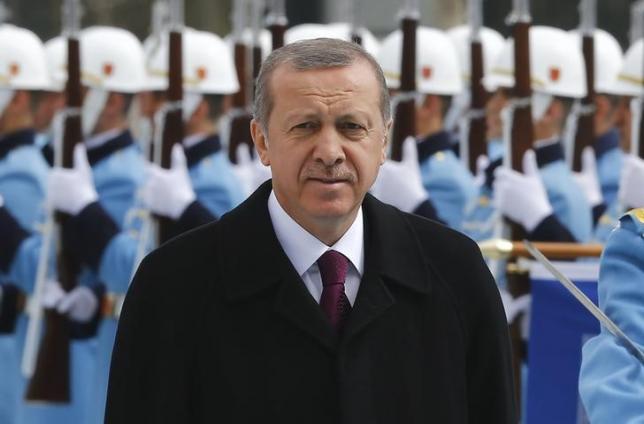 ANKARA - Turkish President Tayyip Erdogan will visit Tehran for high level meetings on Tuesday, despite recent tensions over the Saudi-led bombing operation in Yemen. The visit has been on the cards for some time but some Iranian lawmakers had called for it to be scrapped last week after Erdogan publicly backed Saudi Arabia's operation against Iran-allied Houthi rebels in Yemen and criticized Tehran for trying to "dominate the region." Erdogan, accompanied by a delegation of Turkish ministers, will make the trip, meeting both President Hassan Rouhani and Supreme Leader Ali Khamenei, according to a statement posted on the Turkish presidential website on Saturday. Iran's semi-official Mehr news agency carried the news early on Sunday morning. "During the visit bilateral relations will be addressed in all their dimensions, and there will also be an exchange of views on regional and international issues," the statement read. The two countries have strong economic ties, with sanctions-hit Iran being the second-largest gas supplier to energy-strapped Turkey, providing it with 10 billion cubic meters per year. However diplomatic relations have suffered in recent years, with particularly sharp disagreements over how to resolve the civil war in neighboring Syria. - Reuters