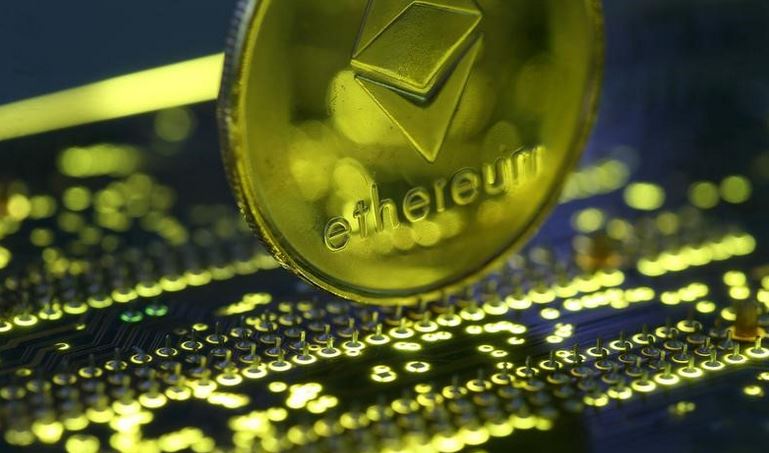 NEW YORK (Reuters) - Ethereum is the top public blockchain in the cryptocurrency space, while that of bitcoin, the original virtual currency, is ranked 13th, according to the Chinese government’s first monthly Global Public Chain Assessment Index released. The index was created and released by the China Center for Information Industry Development, part of the Ministry of Industry and Information Technology in Beijing. It evaluates the technological capability, usefulness of the application, and innovativeness of the project. Blockchain, the system powering cryptocurrencies like bitcoin, is a shared database that is maintained by a network of computers connected to the internet. Ethereum, whose currency is called ether, garnered an overall score of 129.4. It has the become the foundation for many initial coin offerings, in which start-ups create their own digital currencies and sell them to investors to generate financing for their projects. Bitcoin, founded nearly 10 years ago, had a rating of 88 and came in at No. 13. Blockchain projects Steem, Lisk, NEO and Komodo took second, third, fourth, and fifth place, respectively, with scores of 115.9, 104.8, 103.0 and 101.5. The index, which has 28 blockchain projects with their corresponding cryptocurrencies, will be updated monthly. The sector currently has more than 1,500 cryptocurrencies, with total market capitalization of nearly $380 billion, according to digital currency tracker coinmarketcap.com. Bitcoin, the largest of the digital currencies, last traded at $8,153.39 on the BitStamp platform. Ethereum was down 1.4 percent at $689.62. China in general sees blockchain technology as an active area of innovation and expects public blockchains and decentralized applications to become significant parts of the future economy. In the second half of last year, though, the Chinese government started to crack down on illegal initial coin offerings. China was the most active filer of blockchain patent applications last year, according to data collated by Thomson Reuters’ Practical Law from the World Intellectual Property Organization database.