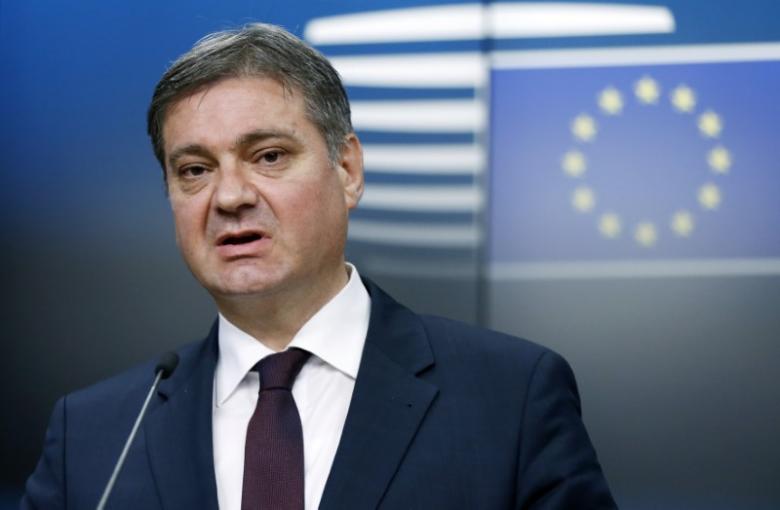 BRUSSELS, Belgium – The European Union's 28 member states on Tuesday accepted Bosnia's membership application, taking a step forward in what is certain to be a long process that Sarajevo hopes will eventually give it a place in the bloc. The EU said Bosnia, which applied to join in February, had made progress on necessary reforms, so it had accepted the application. It asked the European Commission, the EU's executive, for an assessment of Sarajevo's readiness. In doing so, Brussels will lay out for Sarajevo what conditions remain to be met before it is granted membership. There is no time limit for the process. While it accepted the application, the EU states called on Bosnia to continue "socio-economic reforms (and) reforms in the area of rule of law and public administration." They asked the Commission to monitor the implementation of a 2009 European Court of Human Rights ruling that ordered Bosnia to allow ethnic minorities, such as Jews and Roma, to run for high office. Bosnia has yet to implement that ruling. Only Serbs, Bosniaks and Croats can run for high office, and the issue continues to be an obstacle to Bosnia's EU plans. But the issue is complicated. A country of 3.5 million people, Bosnia is still split along ethnic lines, after a war in the 1990s that killed some 100,000 people during the breakup of Yugoslavia. The Dayton peace accords that ended the war in 1995 gave Bosnia three governments. Two are autonomous entities, one representing Bosniaks and Croats, the second representing Bosnian Serbs. The third is a central government with a three-member presidency consisting of one Serb, one Bosniak and one Croat; hence the limit on who can run for office. Bosnia has, however, made progress on two other key conditions: setting up a body to deal with the EU and adjusting a 2008 agreement with Croatia after the neighbouring ex-Yugoslav republic became an EU member in 2013, the EU said. "Today is really a historic moment for the European path and European future of Bosnia-Herzegovina," said Prime Minister Denis Zvizdic. "This is really some of the most positive news for Bosnia-Herzegovina ... especially for young people." –Reuters