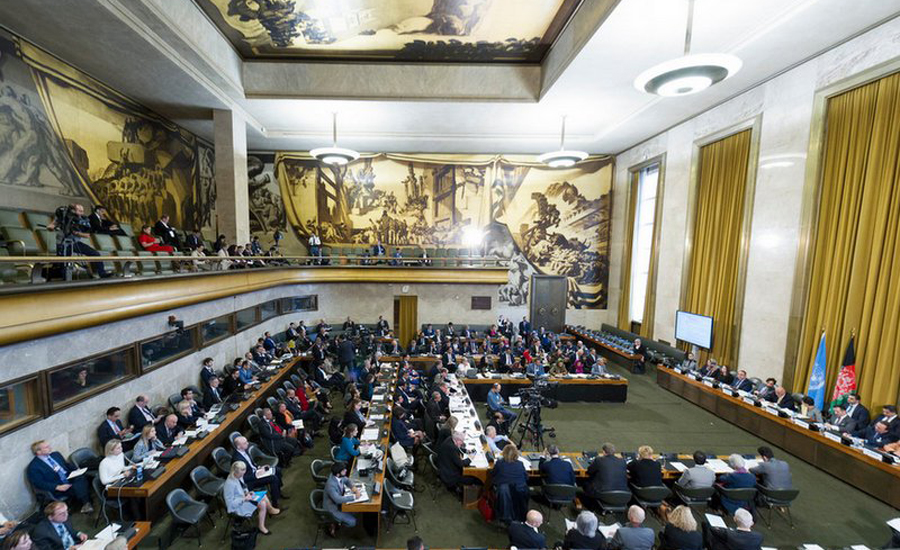 GENEVA, Switzerland (Web Desk) – The European Union has announced a financial package worth US$535 for Afghanistan during a two-day Afghan peace conference. The package will be spent on public sector reforms, healthcare, law enforcement and repatriation of refugees in Afghanistan. Pakistan, China, Russia, Iran other European countries are participating in the conference. "The EU stands side by side with Afghanistan and its people to build a stronger future for the country," said Neven Mimica, Commissioner for International Cooperation and Development. "Through joint efforts we intend to reduce aid-dependency and invest in democratic governance for the benefit all citizens of the country." The two-day summit in Geneva is billed as a platform for the Afghan government to renew its commitment to reform and discuss aid contributions in its bid to achieve stability and security. The United Nations, which is co-hosting the summit at the city's Palais des Nations with the Afghan government, said the conference ‘will also be crucial in measuring results against the $15.2bn committed by the international community for Afghanistan in 2016’. The conference comes at a time when the US administration is holding direct talks with the Taliban, Afghanistan's largest armed group which was toppled following a US-led invasion in 2001. The Taliban wants to drive international forces out of the country and establish a legal system based on a strict interpretation of Islamic jurisprudence, a conflict which has claimed thousands of lives in Afghanistan. According to the latest figures released in July by the UN Assistance Mission in Afghanistan (UNAMA), 1,692 civilians were killed during the first six months of 2018 - the most recorded in the period over the last decade since the agency began documentation. There are now about 14,000 US soldiers in the country as part of the Resolute Support. The Taliban has previously said the presence of foreign troops was the biggest obstacle to peace in Afghanistan.