EU calls for 'equal rights' for all in Myanmar's troubled Rakhine 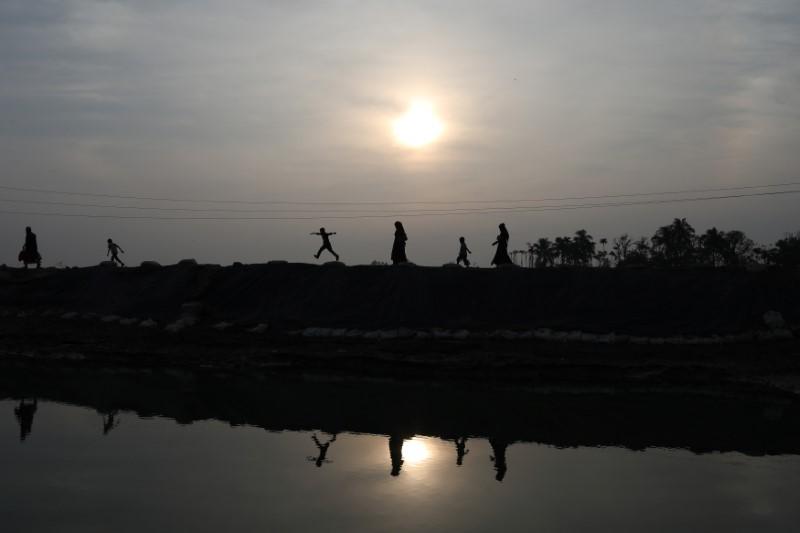 EU calls for 'equal rights' for all in Myanmar's troubled Rakhine

YANGON (Reuters) - Myanmar must guarantee “equal rights” for everyone in troubled Rakhine state as talks on repatriation of more than 620,000 Rohingya Muslims who have fled to Bangladesh gather steam, the new EU ambassador to the country said on Thursday.

Kristian Schmidt, who took over the European Union mission in Yangon some two months ago, also called on the administration of Nobel peace laureate Aung San Suu Kyi to “break down barriers” between Buddhist and Muslim communities in Rakhine.

He said the return of refugees should be voluntary and the involvement of the United Nations agencies in the repatriation process would be “extremely useful”.

The initial deal struck by Bangladesh and Myanmar mentions the UN refugee agency, UNHCR, but does not specify its role.

Schmidt said Myanmar must address the “root causes” of the Rakhine crisis, such as decades-long discrimination against the Rohingya population that included restrictions on movement and lack of access to proper education.

“The primary priority, which is for the local authorities and the union government to establish rule of law, non-discriminatory civilian administration ... and equal rights for everyone,” Schmidt told Reuters in an interview in Yangon.

“There are root causes that must be addressed in Rakhine state so when the refugees return they do not return to the situation ex ante - this is not sustainable,” he said.

The exodus of Rohingya was triggered by an army crackdown in response to Rohingya militant attacks on security forces on Aug. 25 - attacks Schmidt referred to as “terrorism” and the EU has condemned.

Schmidt said confining the Rohingya to villages reduced education opportunities and could have radicalised some.

“You should not be surprised later that some of the elements of that population radicalises. Becomes increasingly desperate,” he said.

Amid the army crackdown, scores of Rohingya villages were burnt and refugees have told reporters of killings and rapes.

The United Nations and the United States have both accused Myanmar of “ethnic cleansing”, a charge the country denies.

“We are ready to review that decision at any time in light of positive or not-so-positive news. We still of course understand the importance the military of Myanmar plays in Myanmar’s economic and democratic transition so dialogue is open,” said Schmidt.

He added, however, that there was the need for accountability and reiterated the EU’s support for a UN-mandated fact-finding mission that Suu Kyi’s administration has opposed and blocked from operating in the country.

“There has to be a credible, independent investigation of the events that led 620,000 people to flee to quite horrible conditions on the other side of the border,” he said. “We need to know.” The Danish diplomat spoke on the sidelines of a conference promoting the EU’s “Erasmus+” programme of exchanges between university students. He wants Myanmar students to take part in it to help overhaul institutions as the country emerges from decades of isolation under military dictatorship.