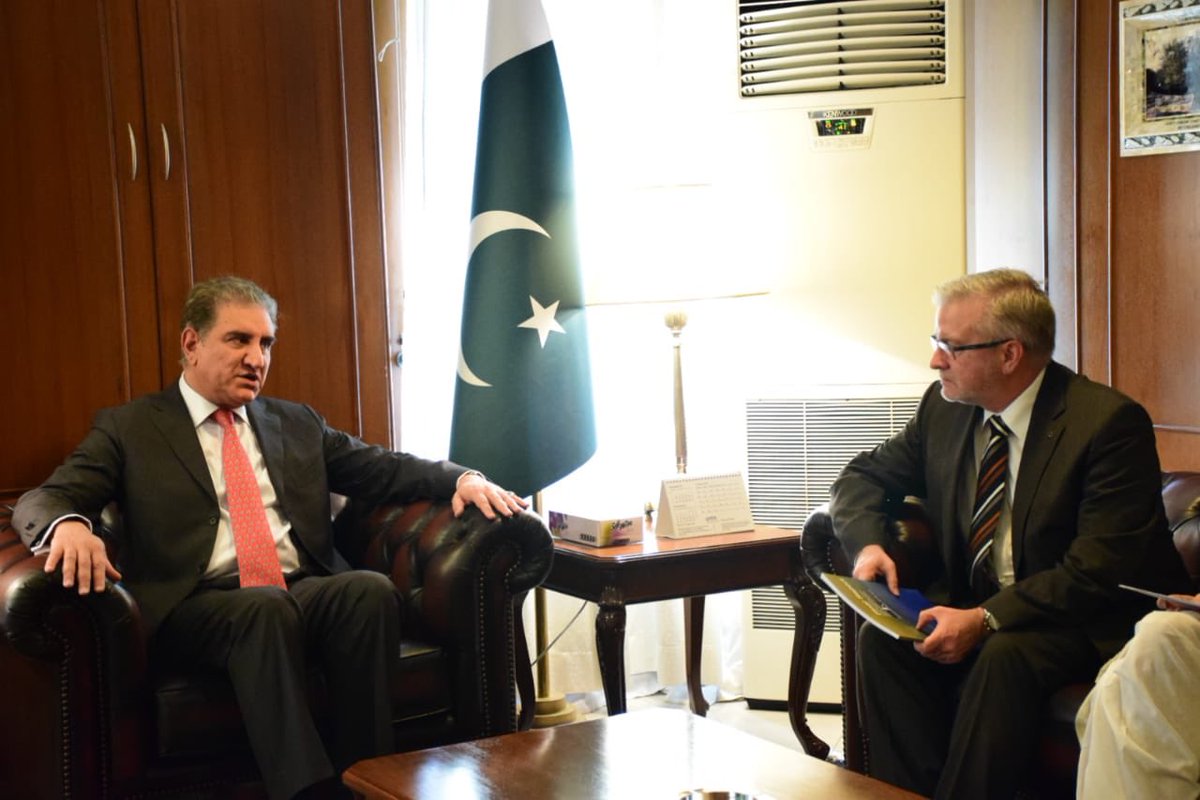 ISLAMABAD (92 News) – European Union Chief Election Observer Michael Gahler called on Foreign Minister Shah Mahmood Qureshi on Friday. During the meeting, both the sides discussed successful conclusion of general elections and peaceful transfer of power to democratically elected government for a third consecutive time. The foreign minister highlighted that Pakistan has been welcoming international election observers since 2002 and EU Observers were deployed across the country in general elections of 2002, 2008, 2013 and 2018. The European Union chief election observer recognized continuity of the democratic process which was essential for creating an enabling environment for peace, stability and development in the country. He also handed over a copy of the final report of EU-EOM on general elections 2018.