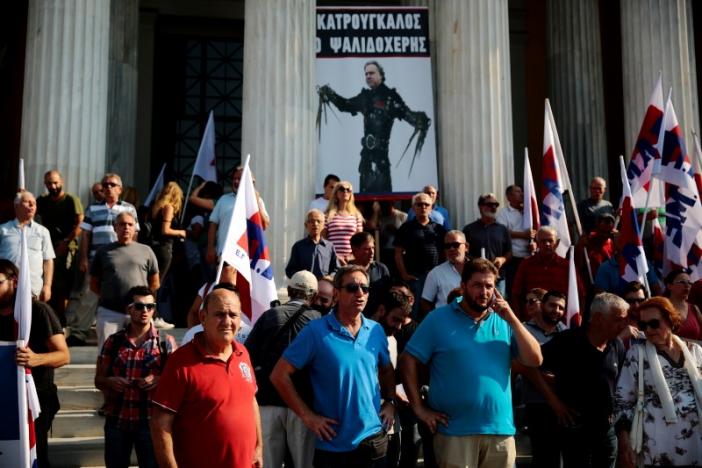 ATHENS – Greece and its foreign creditors are still at odds over who will oversee a new privatization fund, a finance ministry official said on Friday, an issue which must be resolved for Athens to qualify for fresh bailout aid. European Union and International Monetary Fund mission chiefs began assessing on Monday Greece's progress on reforms pending for its first bailout review. Athens initially hoped a deal would be reached this week on all pending issues. Greece wants to conclude the assessment swiftly to get another 2.8 billion euros in bailout loans and start a second progress review next month, which includes unpopular labor reforms. It hopes that passing the second review will help it regain market confidence. Appointing a five-member supervisory board to oversee a new, umbrella privatization fund is a key term in its 86 billion-euro bailout but has become a thorny issue in recent talks. Creditors have nominated two members of the board and Athens the remaining three. Both sides have veto rights and need to agree. Asked whether a deal was reached on the issue, the official said: "No. But we will reach a deal in the coming days". The talks will continue on a technical level. Earlier this month a French finance ministry official said France's Jacques Le Pape would lead the supervisory board. But Athens said no final decision had been made yet. Incentives to reveal undeclared incomes, reforms to liberalize the energy sector, banks' bad loans and the transfer of state entities shares to the new privatization fund, were among the issues still under discussion with the lenders. The official added "there are still some technical issues under discussion," but that progress was made overall. Athens took steps this week to speed up the talks. It has promised to fulfil all demanded actions by early October. As part of the EU/IMF review conditions, Greece has also promised to secure parliamentary approval for the long-term lease of a major seaside property, Hellenikon. The government submitted a bill on the lease to parliament late on Thursday. A senior privatization agency official told Reuters on Thursday that Greece will also launch a tender for the long-term lease of a major toll road by the end of September, another key bailout term. –Reuters