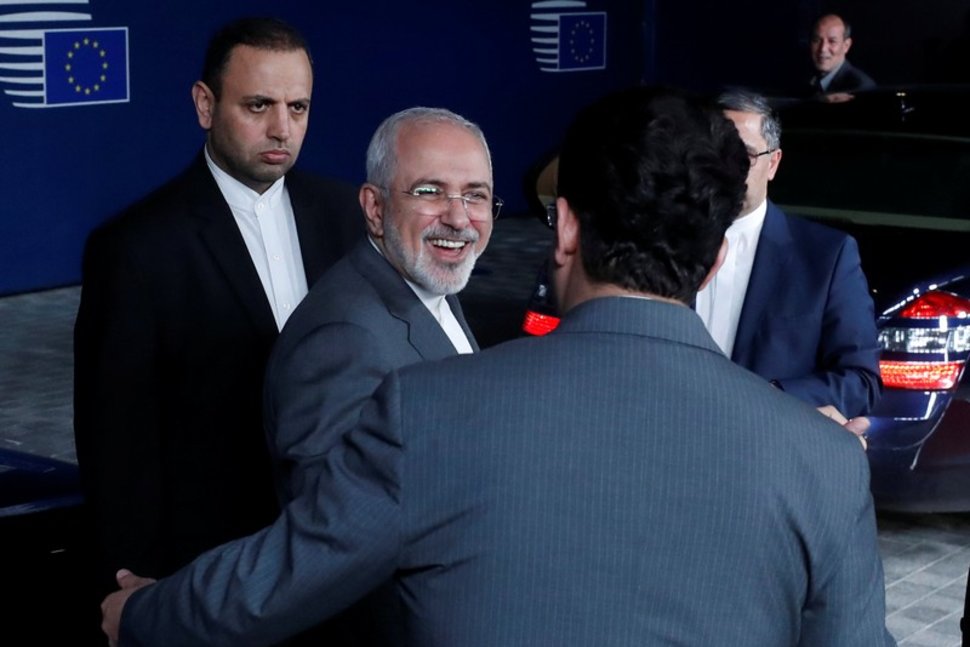 SOFIA (Reuters) - European Union leaders will explore options on Wednesday for keeping the Iran nuclear deal alive and shielding their reviving economic cooperation with Tehran after US President Donald Trump withdrew from the pact. But the 28 EU leaders are not expected to make any quick decisions during their first meeting on the matter since Trump quit the accord, highlighting how US clout in international trade and finance limits the Europeans’ scope for action. “I would like our debate to reconfirm without any doubt that as long as Iran respects the provisions of the deal, the EU will also respect it,” the chairman of the gathering, Donald Tusk, said before the meeting in the Bulgarian capital Sofia. The leaders of Britain, France and Germany - the three EU signatories of the 2015 deal, which gave Iran sanctions relief in exchange for curbing its nuclear program but which Trump dismissed as “the worst deal ever” - will brief their peers. The head of the bloc’s executive, Jean-Claude Juncker of the European Commission, will also present options the leaders have to shield European investments in Iran and the slowly-reviving economic cooperation, which many EU states hope to benefit from. These include protecting European companies dealing with Iran from U.S. sanctions, which in practice would be very difficult, allowing the European Investment Bank to invest there and coordinating euro-denominated credit lines from EU states. Foreign ministers of Germany, France and Britain met Iranian Foreign Minister Mohammad Javad Zarif in Brussels on that on Tuesday and tasked their experts to come up with measures for a meeting of their deputies in Vienna next week.

“IT WILL TAKE TIME”

But a senior EU official admitted there was no silver-bullet solution and that it might “take some time” for the bloc to come up with what is expected to be a complex matrix of national and EU-level measures. “We would stay calm here, there is no need for the meeting on Wednesday to take decisions on specific modalities of the mechanisms that are to shield the interests of European companies,” the official said. “But when it comes to consensus to shield economic interests in Iran, it is there and will be reconfirmed on Wednesday.” The EU’s top energy official, Commissioner Miguel Arias Canete, is heading to Iran on May 18-21 for talks on energy cooperation, a symbolic gesture from the EU that it wants to stay engaged despite the US withdrawal. In his criticism of the accord, which the other signatories Russia and China also want to uphold, Trump has said it did not go far enough in restraining Iran’s ability to develop nuclear weapons, while not addressing its missile program and involvement in various conflicts in the Middle East. The EU has since sought to address some of his concerns but Trump was not convinced, and his move left the EU scrambling to salvage an accord they see as a key element of international security and a diplomatic success, as well as wondering about their future cooperation with Washington. “It’s the leaders’ first face-to-face meeting since Trump’s announcement. It’s too early for specific decisions, they have to see where they are,” said a senior EU diplomat. “We want to do this, that’s for sure. But it’s still in the making, we don’t have all the answers yet. It will take a bit of time.”