EU must defend firms against US Iran sanctions: Macron 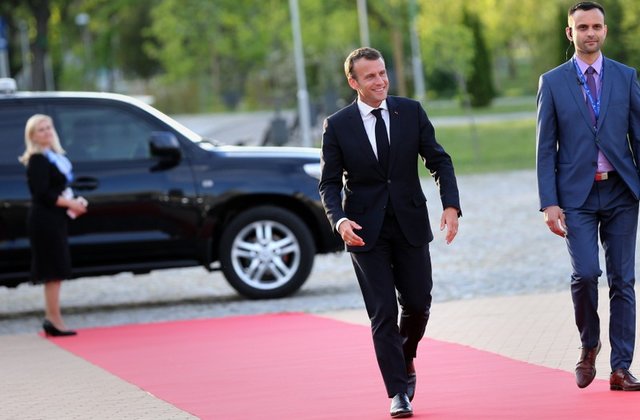 EU must defend firms against US Iran sanctions: Macron

SOFIA (Reuters) - French President Emmanuel Macron said on Thursday that the European Union must protect EU companies doing business with Iran from US sanctions being reimposed over Tehran’s nuclear programme. Asked on arrival at a summit of EU leaders in Bulgaria if he was concerned about an announcement by French oil major Total that it may pull out of Iran after Washington pulled out of an EU-backed nuclear accord, Macron said it was up to firms active in various markets to make their own decisions. But while voicing understanding for big companies anxious to protect their US sales, he added that the EU must stand by smaller companies which were willing to carry on Iran business. “International companies with interests in many countries make their own choices according to their own interests. They should continue to have this freedom,” he said. “But what is important is that companies and especially medium-sized companies which are perhaps less exposed to other markets, American or others, can make this choice freely.” France, Macron said, backed proposals by the European Commission to protect and compensate European companies that might be hit by US sanctions for trading with Iran. In broader trade disputes with Washington, he also called for a complete exemption for the EU from new US steel tariffs and said Europe must preserve its “trade sovereignty”.