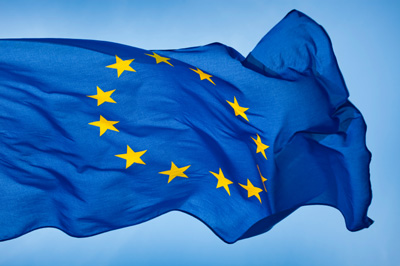 BRUSSELS - EU finance ministers agreed the details of a 315 billion euro ($338 billion) investment plan on Tuesday to help revive the European economy without piling up more debt, and now aim to get the first projects going by the end of the year. EU lawmakers must now approve the fund. "The plan is the answer we need to confront the main handicap of the European economy: the lack of investment," said Pierre Moscovici, the EU economics commissioner, adding that investment had fallen by 15 to 20 percent since 2008. The four-year plan fleshes out a call by European Commission President Jean-Claude Juncker to back riskier projects from airports to railways and to confront the fall in investment since the financial crisis. Setting up the European Fund for Strategic Investments (EFSI) has been sensitive, with EU governments fearful of not having their projects chosen from a list of almost 2,000 projects worth 1.3 trillion euros that countries put forward. Some EU lawmakers are wary of favoritism toward western European countries over poorer, eastern European members. Another problem has been that the Commission wanted countries to stump up money for the fund, insisting that it would not be included in debt and deficit calculations. That idea flopped because countries had no guarantee that their projects would be chosen. Instead, countries such as France, Spain and Germany said they would help fund projects in their country via national development banks, and Italy on Tuesday promised to contribute 8 billion euros to the Italian projects chosen, via its national promotional bank. There are also doubts whether the plan will attract enough private money, however. Juncker's goal is to have 315 billion euros of largely private new investment by providing 21 billion euros in capital and first-loss guarantees from the EU budget and the European Investment Bank. Under the plan agreed by ministers, the plan will run for four years but will be reviewed after three years to see if it is working. A steering board made up by the European Commission and the European Investment Bank will oversee the fund, while an eight-member investment committee will choose the projects. The list submitted in December, which officials stress is not definitive, includes plans for housing regeneration in the Netherlands, a new port in Ireland and a 4.5 billion euro fast rail connection between Estonia, Latvia, Lithuania and Poland. Other ideas involve refueling stations for hydrogen fuel cell vehicles in Germany, expanding broadband networks in Spain and making public buildings in France more energy-efficient. - Reuters