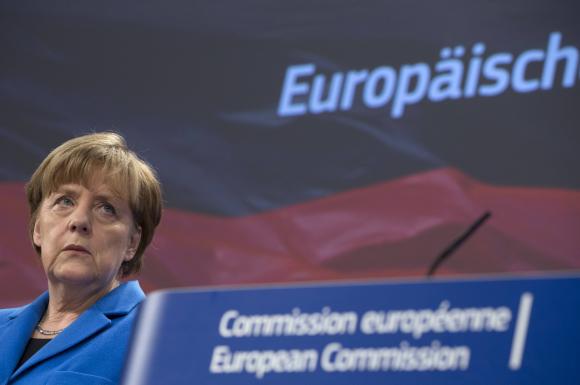 BRUSSELS (Reuters) - German Chancellor Angela Merkel warned Russia on Wednesday that any serious violation of the current ceasefire in east Ukraine - which she described as "fragile" - would prompt Europe to impose further sanctions on Moscow for supporting the separatists. "So far we've got a fragile ceasefire which needs to be stabilized," Merkel told reporters in Brussels. "But if the Minsk agreement is seriously violated, European leaders and the (European) Commission stand ready to prepare and impose further sanctions," she said at a news conference with European Commission President Jean-Claude Juncker.