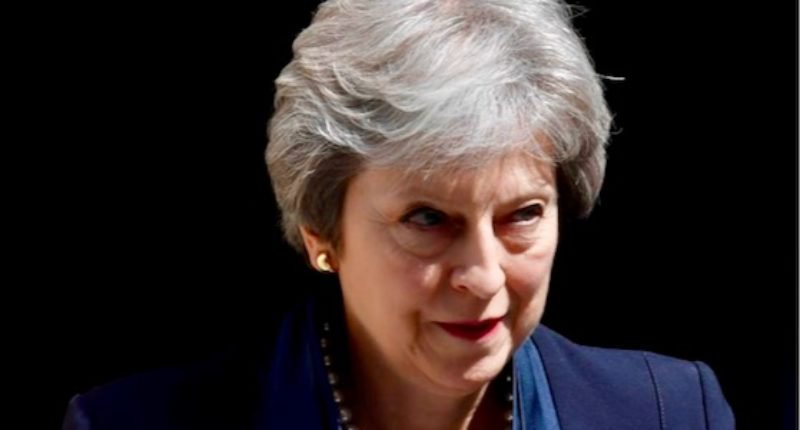 BRUSSELS (Reuters) - It’s a proposal that is not even on the table, and reverses Theresa May’s determined position - but EU officials are still urging her to grasp an offer from the Labour opposition to break an impasse over the terms of Britain’s EU exit. The Conservative prime minister gave no sign during her visit to Brussels of softening her rejection of a permanent EU-UK customs union, as Labour proposes, European Union sources said. But for many in Brussels, the possibility of Labour support for an orderly Brexit that avoids the likely chaos of “no-deal” is the only way out of the deadlock, and justifies an attempt to influence Britain’s highly tribal internal politics. “We are still very much in the party politics perspective. The only hope is that, at some point, the threat of ‘no-deal’ disruptions would mobilise minds in the UK,” an EU diplomat briefed on May’s talks in Brussels said. “For now, May is still looking at her own party rather than a nationwide consensus.” The EU says London agreeing to closer ties with the bloc after Brexit would largely obviate the need for a contentious “backstop” provision in the future, an insurance policy meant to keep the border between Ireland and the British-run province of Northern Ireland open under any and all circumstances. “We are looking at those proposals with interest but there are obviously very considerable points of difference that exist between us,” said a senior official in May’s office. “The PM continues to believe that an independent trade policy is one of the key advantages of Brexit,” the person said under condition of anonymity. Staying in a customs union with the EU would limit the UK’s ability to seal trade deals with other countries on its own. But the bloc believes that solution might be acceptable to the Northern Irish unionists propping up May’s government, as well as to at least some Labour lawmakers, and thus secure a parliamentary majority for the divorce deal before Britain leaves on March 29. Given the EU’s opposition to the concessions on the backstop that May is currently demanding, the only alternative appears to Brussels to be a delay to the exit and/or a “no-deal” Brexit, with no transition period to soften the economic rupture.

“THE ONLY WAY OUT”

“By that time, hopefully, May will have worked with Labour and get Labour votes. It’s the only way out. There will be no illusions on what will happen in the last week of March if they don’t vote for it,” another EU diplomat said. One senior EU diplomat added: “Our leaders cannot understand why she still has not been able to do what they do every day – talk to the opposition, build coalitions.” The EU’s chief Brexit negotiator, Michel Barnier, said he would reiterate on Monday at a planned meeting with Britain’s Brexit minister that the EU would not re-open the legally binding Brexit deal agreed with Britain over two years, but was ready to rework the political declaration that accompanies it. The bloc rejects London’s demands for a time limit to the backstop, saying that would defeat its purpose. But it has given May an olive branch, agreeing that Brexit negotiators from both sides will sit down to talks again. EU diplomats and officials dealing with Brexit expect it to go right down to the wire. While May has refused to rule out a ‘no-deal’ Brexit, which she believes gives her bargaining power, Brussels hopes that she would come round to requesting at least a short delay if that scenario seemed unavoidable. They juxtapose May’s brinkmanship with a somewhat unexpected role model - Greek Prime Minister Alexis Tsipras. Long at loggerheads with the EU over Greece’s economy and migration, the bloc’s former enfant terrible has now won widespread praise in the EU for putting to rest a protracted name dispute with neighbouring Macedonia at considerable political cost. “Look at Tsipras and Macedonia – a leader who stuck his neck out and risked his own government and premiership to do what he knew was right. We need that type of thinking in the UK,” said another EU diplomat.