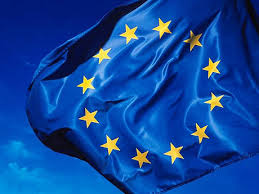 BRUSSELS - The European Union urged Israelis and Palestinians on Wednesday to quickly restart peace talks that collapsed last year, as the bloc's new foreign policy chief seeks to reinvigorate European involvement in the negotiations. Israel should make "every effort to ensure an early resumption of the Middle East peace process," the EU said in a series of annual reports assessing progress on democracy and human rights in countries close to the 28-nation bloc. A separate report urged the Palestinian Authority to pursue "positive steps" to restart peace talks. EU foreign affairs chief Federica Mogherini, who took on her position in November, wants to more closely involve Arab states in the work of the Middle East Quartet, which comprises the United States, United Nations, the EU and Russia. Rather than expanding the Quartet, it would hold more frequent top-level meetings with at least Saudi Arabia, Jordan and Egypt, senior diplomats have said. Last week, the bloc chose veteran Italian negotiator Fernando Gentilini as its special representative to the Middle East. [caption id="attachment_11308" align="alignnone" width="500"] 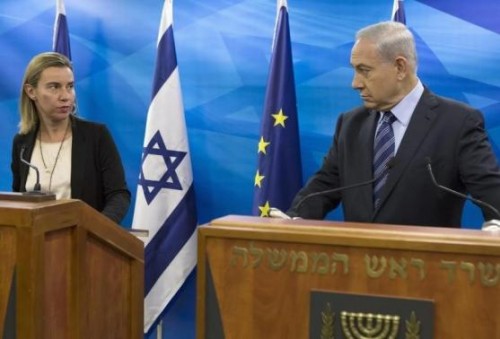 European Union foreign policy chief Federica Mogherini (L) attends a media conference with Israeli Prime Minister Benjamin Netanyahu in Jerusalem November 7, 2014.[/caption]   Israeli Prime Minister Benjamin Netanyahu caused deep alarm in Brussels and Washington last week when, a day before winning a national election, he declared the Palestinians would never have a state on his watch. He later tried to row back on his comments. In its reports, the EU called on Israel to ensure respect for international law and human rights in the occupied territories. While the EU recognized Israel had the right to defend itself, the "devastating effect" of last year's Gaza conflict on civilians "underlined the significant challenges attached to Israel's responsibilities in the occupied territories," it said. Hamas and other Gaza militant groups fought a 50-day war with Israel last July and August in which more than 2,100 Palestinians, many of them civilians, were killed. On the Israeli side 67 soldiers and six civilians were killed. The EU also urged the Palestinian Authority to resume full governmental responsibility in Gaza and to organize free and fair presidential and legislative elections. - Reuters