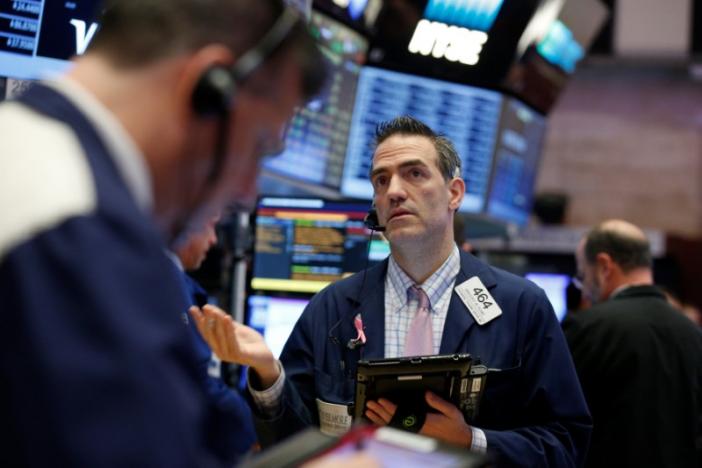 NEW YORK – A measure of stock markets around the globe edged up on Friday led by European and emerging market equities while underwhelming U.S. retail sales data pushed US Treasury yields and the dollar lower.

The S&P closed lower and fell for the first week in four as weak economic data weighed on financial shares.

A less-than-expected 0.4 percent month-over-month increase in April retail sales and below-expectations report on consumer prices stirred fears about the retail sector as well as the economy.

"The numbers were light again. People don't seem to be spending money despite employment and income numbers being good. It's concerning," said Stephen Massocca, senior vice president at Wedbush Securities in San Francisco.

The dollar index, which tracks the currency against a basket of six major rivals, fell 0.45 percent to 99.177.

The U.S. Treasuries market rallied with benchmark 10-year yields posting the biggest one-day drop in more than three weeks, spurred lower by the weaker-than-expected retail sales and inflation data that diminished the view the Federal Reserve would raise interest rates more than once for the rest of the year.

"With the CPI report today, the market is concerned about inflation," said Thomas Roth, head of Treasury trading at MUFG Securities America in New York.

In Europe, stock markets steadied this week. Their outperformance this year against global peers remains intact, with the benchmark's 10 percent gains outpacing the 7 percent rise on the S&P 500.

Oil prices edged higher to score their biggest weekly gain in more than a month as traders expected OPEC-led production cuts to extend beyond the middle of this year and as U.S. crude inventories fell to their lowest levels since February.