Europe has 'alarming' rates of smoking, drinking and obesity: WHO 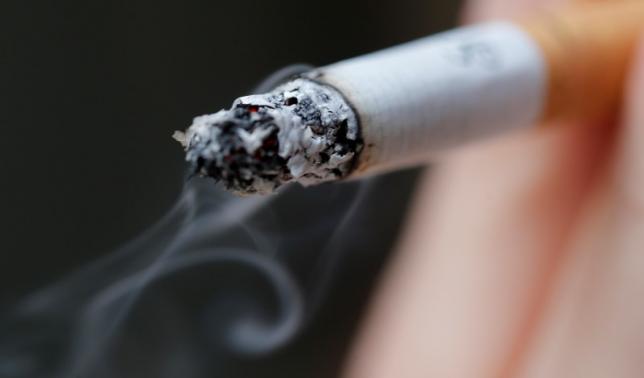 Europe has 'alarming' rates of smoking, drinking and obesity: WHO

LONDON - Europe has the world's highest rates of drinking and smoking, and more than half its people are too fat, putting them at high risk of heart disease, cancer and other deadly illnesses, health officials warned on Wednesday. In a report on health in its European Region, the World Health Organization (WHO) said that while many countries had reduced risk factors for premature death, rates of obesity, tobacco use and alcohol consumption "remain alarmingly high". "Europeans drink and smoke more than anyone else. We are world champions - and it's not a good record," said Claudia Stein, WHO Europe's head of information, evidence, research and innovation. She said this could have the most serious impact on young people, since their lives may be shortened unless something is done to reduce consumption of tobacco, alcohol and calories. Just under 60 percent of people in the WHO's European region are either overweight or obese, and 30 percent use tobacco. Some 11 liters of pure alcohol is drunk per person per year. The report found that for now, life expectancy is increasing across Europe and the region is on track for reducing premature mortality by 1.5 percent a year until 2020. This means that the number of people whose lives are cut short by cardiovascular diseases, cancer, diabetes and chronic respiratory diseases is steadily declining, it said. Since the last European health report in 2012, substantial improvements have also been seen in rates of death from external causes, such as road traffic accidents and suicides, it found. Zsuzsanna Jakab, WHO's European regional director, applauded the improvements in health and the steady gains in life expectancy but added a warning. "There is a very real risk that these gains will be lost if smoking and alcohol consumption continue at the current rate," she said. "This is especially relevant to young people, who may not live as long as their grandparents." The report also looked at vaccination rates and found generally good levels of coverage. Average measles immunization coverage rose from 93.4 percent in 2010, to 93.7 percent in 2011 and 94.6 percent in 2012 and is steadily increasing. However, gaps in immunity "still account for ongoing endemic transmission and have led to a number of outbreaks of measles and rubella in recent years", the report said. In 2015, four deaths from measles have been reported in the region, and one child has died of diphtheria – the first case in three decades. -Reuters