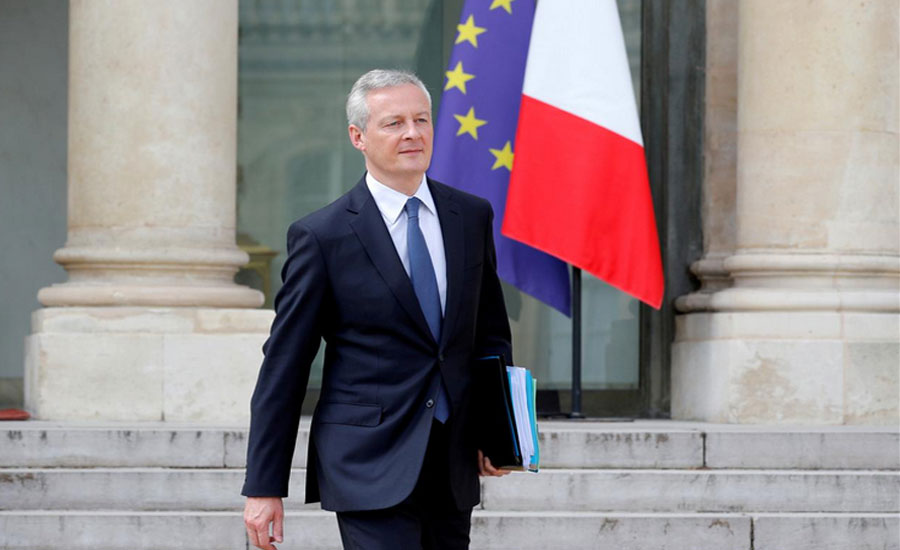 AIX-EN-PROVENCE, France (Reuters) - European finance ministers need to find a compromise candidate to replace Christine Lagarde as the head of the International Monetary Fund, French Finance Minister Bruno Le Maire said on Saturday.
European leaders nominated Lagarde last week to succeed Mario Draghi as president of the European Central Bank, raising the question of who would in turn replace her at the IMF. Speaking on the sidelines of an economics and business conference in southern France, Le Maire said that European finance ministers would discuss the issue at a meeting in Brussels on Tuesday. “We need to find a compromise at the European level... I hope that we will find a compromise about the best candidate, the best European candidate for the IMF,” he told journalists. “If we have a good European candidate we might have a good candidate for the IMF,” he added in response to a question about whether Bank of England governor Mark Carney could be fielded as Europe’s candidate. Though born and raised in Canada, Carney, who is also a former governor of the Bank of Canada, holds British and Irish passports in addition to his Canadian citizenship. A French official said that Le Maire was due to discuss the issue with President Emmanuel Macron this weekend and that he was likely to speak with Carney beforehand. France was aware that support was building for Carney, the official added, saying that if Paris decided to back him it would be sooner rather than later. However, there is concern about the precedent backing Carney would set since he is “basically a Canadian” even though he is highly regarded, the official said. Traditionally the Washington-based IMF has been led by a European, while its sister institution the World Bank has been run by an American. At times, larger emerging market countries have sought to disrupt the duopoly with their own candidates. Given that the World Bank presidency recently went to American David Malpass, the French official said there was no reason why the IMF should not go to a European again. Other Europeans “well considered” in Paris for the IMF job include EU Competition Commissioner Margrethe Vestager and former Dutch finance minister Jeroen Dijsselbloem, the official said. Le Maire ruled himself out for the IMF job on Friday, telling BFM TV in an interview that he intended to stay at the French finance ministry for the five years of President Emmanuel Macron’s mandate.