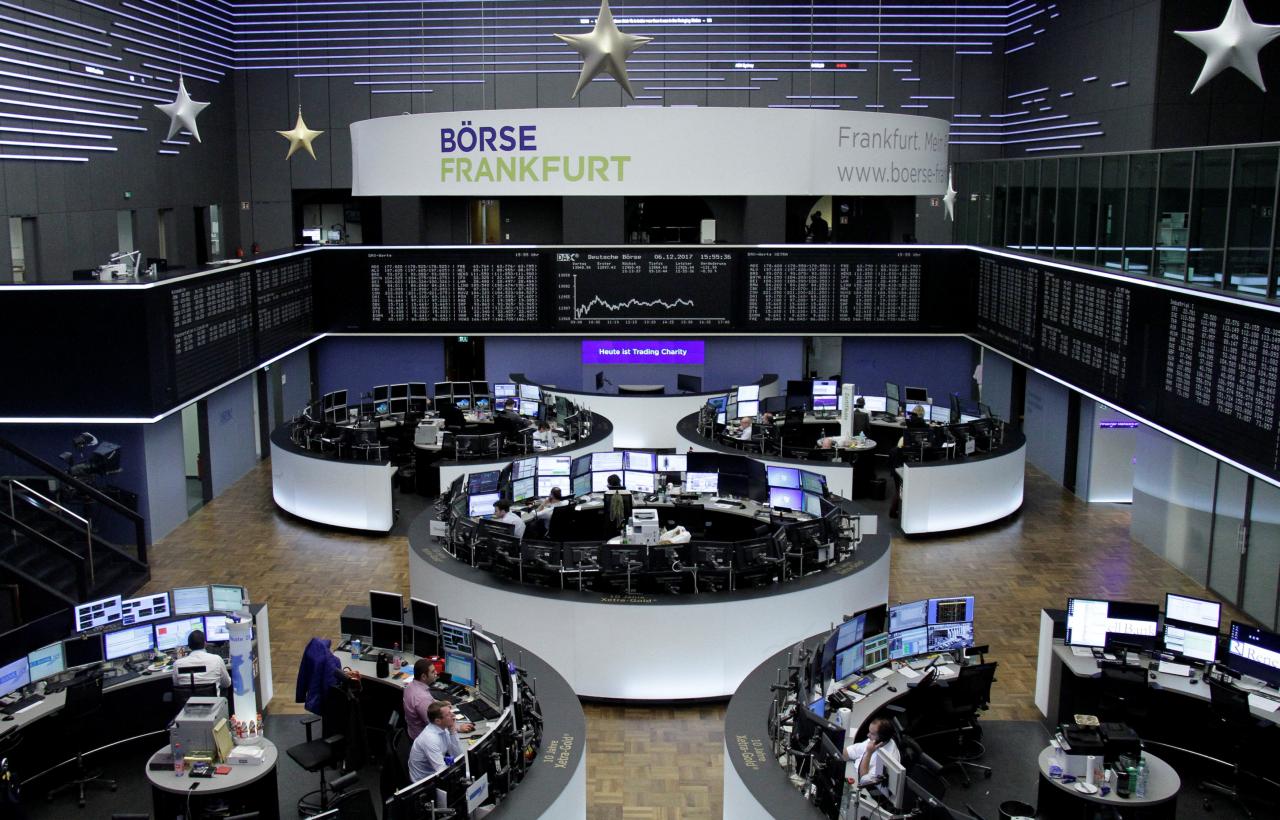 LONDON (Reuters) - European shares edged up on Thursday as tech stocks recovered in the wake of a similar move in Asia and Wall Street, while troubled furniture retailer Steinhoff continued its market price collapse in the midst of an accounting scandal.

The STOXX 600 was up 0.3 percent at 0947 GMT with tech stocks up 0.5 percent but financials, industrials and healthcare shares also adding points to the pan-European index.

Sylvain Goyon, an equity strategist at France’s Natixis, said the recent sell-off in technological shares was not driven by a change in the fundamentals of the sector and was not likely to be longlasting.

“The key drivers of the industry are still there”, he said.

He said a number of investors had just decided, as year-end neared, to cash in some profits from tech stocks, which have outperformed the market. They have reinvested in cheaper financial shares, which are set to benefit from the US tax cuts plan.

Oil and gas stocks which had weighed overnight on indices in the United States and Asia were also slightly in positive territory, up 0.2 percent after oil prices gradually edged up.

Shares in Steinhoff plunged more than 30 percent, extending dramatic losses of over 60 percent suffered during the previous session after the South African retailer revealed accounting irregularities and its chief executive quit.

In London, shares in Ladbrokes Coral surged 28 percent after Bookmaker GVC Holdings said it had offered up to 3.9 billion pounds ($5.2 billion) to create a betting giant.

Roche shares were flat after it announced that adding its immunotherapy Tecentriq to older drugs doubled the percentage of lung cancer patients who survived a year without their disease advancing.

Carrefour lost 2.8 percent, the worst performance of Paris’ CAC 40 after a downgrade by broker Berenberg. In the telecoms sector, French operator Orange was up 1.5 percent after plans to add customers and boost profit margins through to 2020 by investing on its networks rather than buying foreign rivals or media content, it said on Thursday.