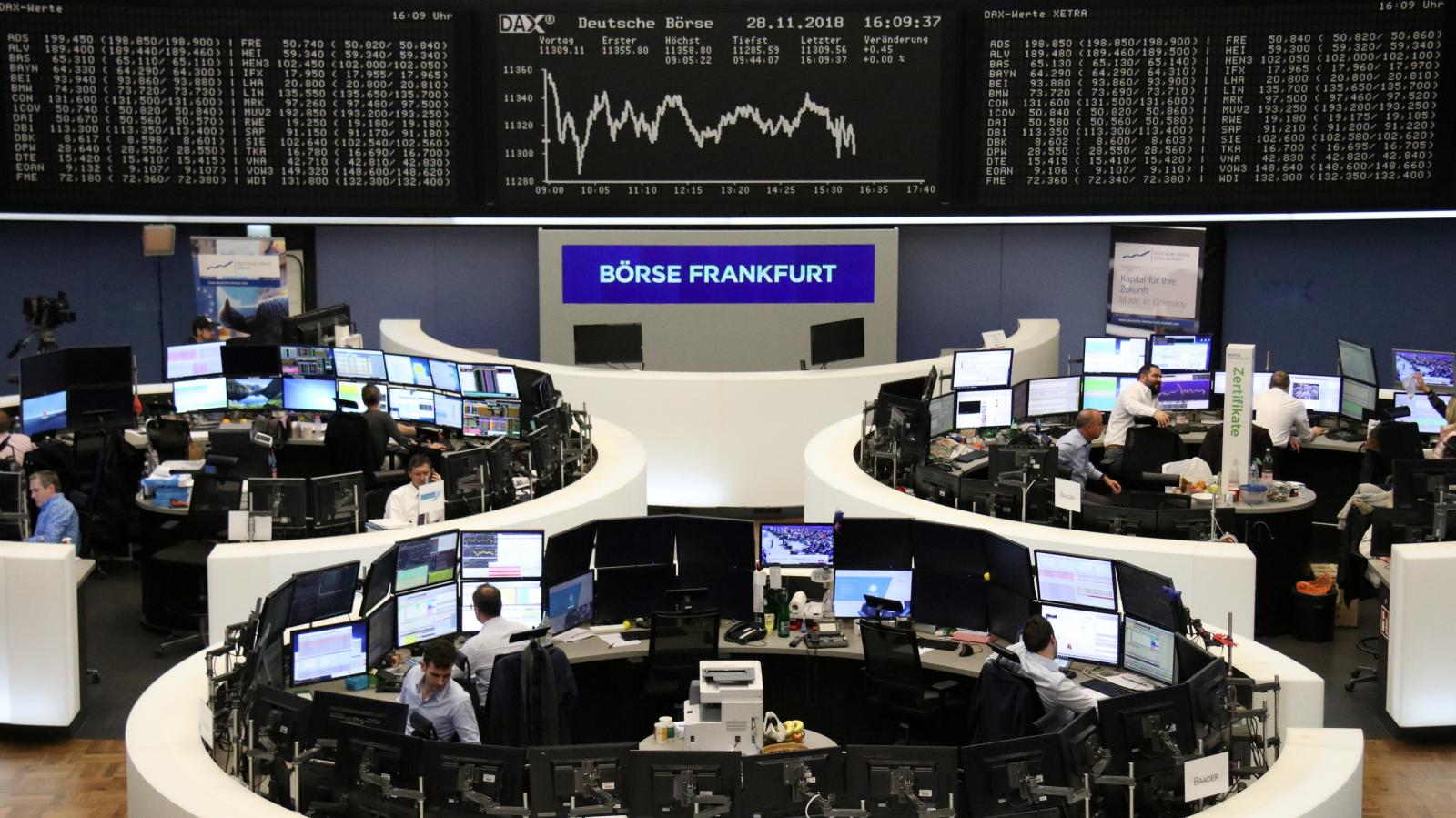 LONDON (Reuters) - European shares fell on Tuesday led lower by auto stocks as investors started to question whether the truce agreed by the United States and China on their trade dispute would lead to a long-term deal. After enjoying a rally for its first day of trading in December, Germany's DAX – the most sensitive to China and trade war fears – fell 1.1 percent, while the broader pan-European STOXX 600 index declined 0.8 percent. “The number one driver for global risk sentiment is the US-China trade talks, which suddenly don’t look as promising as they did over the weekend,” Commerzbank rates strategist Christoph Rieger wrote. The European automotive sector .SXAP, which is most sensitive to trade war fears, was the biggest sectoral faller, down 1.7 percent. Shares in German carmakers Volkswagen , Daimler and BMW fell between 1.6 and 3 percent. The tech sector .SX8P was also a big loser, down 1.4 percent. Chipmakers, which are also heavily exposed to China and trade, sustained heavy losses with AMS  down 5.1 percent, Siltronic  down 8.1 percent. Adding to the weak sentiment, the yield curve between US three-year and five-year notes and between two-year and five-year inverted , a first since the financial crisis, excluding very short-dated debt. Analysts now fear an inversion of the two-year, 10-year yield curve could be imminent and point towards a possible US recession. “Recessionary fear is starting to raise its ugly head,” wrote Stephen Innes at broker Oanda. Top faller on the STOXX 600 was IG Group , down 9.7 percent, after the British online trading platform forecast a drop in first half 2019 revenues as it suffered from newly-introduced limits on ordinary individuals making highly-leveraged financial bets. French catering group Elior  sank 8.6 percent after cutting its sales growth outlook, and Belgian postal services firm Bpost  plunged 22.8 percent after a profit warning. France’s JCDecaux  fell 2.9 percent after Exane BNP Paribas reinitiated its coverage of the stock with an “underperform” rating. Energy stocks .SXEP gave up earlier gains as crude prices came off highs on worries that demand would stall due to a Sino-US trade war, and that Russia remained a stumbling block to a deal to cut global crude supply. BP  however rose 0.9 percent and Royal Dutch Shell ended flat. German industrial gases group Linde  will replace British bank Barclays  on the leading index of pan-European stocks STOXX Europe 50 , STOXX Ltd, the operator of Deutsche Boerse Group's index business, said. The change comes as part of the quarterly reshuffle and will be effective at the opening of European trading on Dec. 24, STOXX said . Linde shares rose 2.1 percent and Barclays was down 2.6 percent.