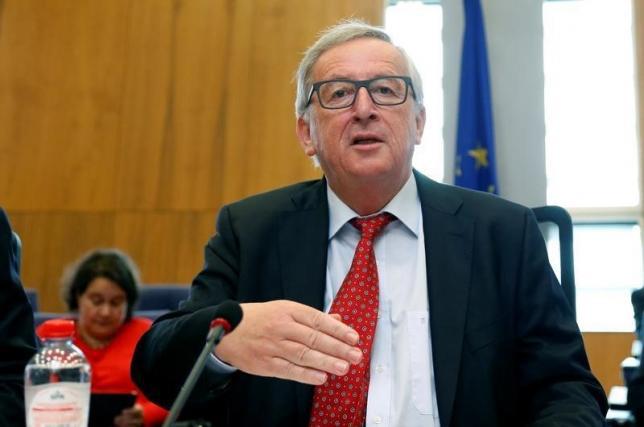 HANGZHOU - An EU ruling that Apple Inc must pay a huge tax bill to Ireland was clearly based on facts and existing rules and was not a decision aimed against the United States, European Commission President Jean-Claude Juncker said on Sunday. Last week, European Union antitrust regulators ordered Apple to pay up to 13 billion euros ($14.5 billion) in taxes to the Irish government after ruling that a special scheme to route profits through Ireland was illegal state aid. Apple's Chief Executive Tim Cook last week described the ruling as "total political crap", but France and Germany have come out to back Brussels on the decision. Juncker said EU Commission investigations on taxation had mainly targeted European companies. The decision comes amidst a coordinated global initiative to crack down on tax evasion by multinational companies, spearheaded by the Paris-based Organization for Economic Cooperation and Development (OECD). The ruling against Apple has pushed the issue into the limelight and raised the risk of significant push-back from the United States, analysts say, where some lawmakers are saying the result represents a European encroachment on the U.S. potential tax base. In separate comments to Reuters on the sidelines of the G20 on Saturday, Pascal Saint-Amans, director of the OECD Center for Tax Policy and Administration, called Apple's tax planning "outrageous" but, like Juncker, said the decision was based on enforcing current regulations. Saint-Amans said he believed it would be unlikely to serve as a precedent for enforcement on future income earned by multinationals. Juncker's remarks appeared designed to reassure U.S. lawmakers, who have bickered for years over the treatment of off-shore income but now fear that the European Commission move would mean more profits earned by U.S. corporations flowing into European tax coffers. "This is not a decision against the United States of America," said Juncker. -Reuters