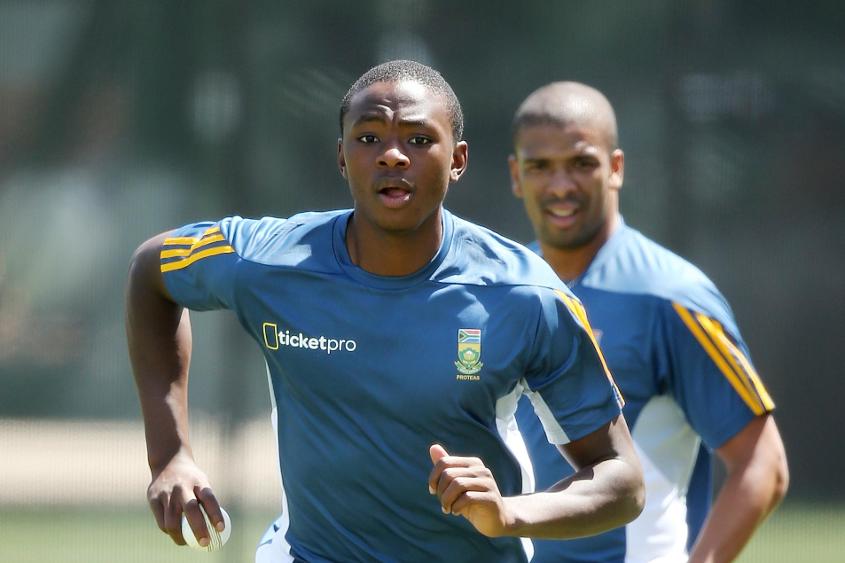 CAPE TOWN (92 News) – Faf du Plessis, the South Africa captain, has stressed that whatever the conditions, even in Sri Lanka in the upcoming multi-format series, the fast bowlers will always be his team's ‘big strength’. South Africa will be touring the island nation for a two-Test series, the first starting in Galle on 12 July, followed by five one-day internationals and a lone Twenty20 International.
Despite the Sri Lankan conditions, which are known to assist the spinners, du Plessis expressed confidence in his fast-bowling unit, especially in Kagiso Rabada, Vernon Philander and Dale Steyn, who is set to return after recovering from the heel injury he sustained during the home Test series against India earlier this year. Lungi Ngidi is the other frontline paceman in the Test squad, which also has three spin options in Keshav Maharaj, Tabraiz Shamsi and Shaun von Berg. “No matter what the conditions are, a big strength of our team will always be our fast bowlers, especially the personnel we have: Steyn, Kagiso and Vernon are all wicket-taking bowlers,” said du Plessis. “Those three have proven they can do it in any conditions.
“Dale has got a fantastic record in the subcontinent and KG is gold. He will be able to do anything, and we've got Keshav. If we want to and there's an opportunity to, because the conditions are really bad, then we can look at a second spinner.” Following AB de Villiers’ retirement from international cricket in May, the No.4 position in the batting order has been left vacant and du Plessis feels it will be a great opportunity for someone like Temba Bavuma to step into the gap. “AB has only played the last one or two series for this Test team, so he has actually not been playing for a while,” the South Africa skipper noted. “It will be a nice opportunity for Temba or somebody else to put his peg in the ground and make the position his own again.” It won’t be easy in Sri Lanka, and du Plessis knows that. If South Africa can apply the lessons learnt from their last tour to the subcontinent, which was back in 2016 when they were beaten 3-0 by India, it will help. “I am expecting tough conditions,” said du Plessis. “I think Sri Lanka will look at it on paper and think ‘we've got a better side on paper’, and I think they will try and make it as dry as possible and spin as much as possible. “It will be a nice opportunity to test ourselves in tough conditions. There were a lot of lessons learnt by us [in India]. You have to go through something like that to pick your game apart, start from scratch and look at how you get better.”