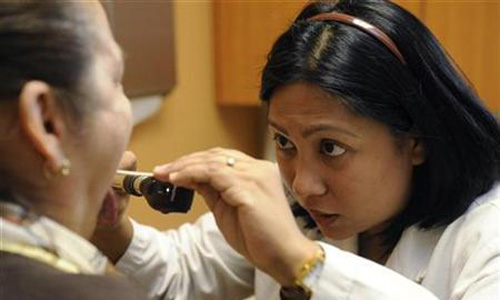 REUTERS HEALTH – There is little evidence to support claims that a popular sweetener reduces the likelihood of cavities on its own, according to a new analysis of past research. There was some evidence that xylitol reduces the risk of cavities – or caries – among children, but people should be cautious about that finding because of limitations in the previous studies, researchers report in the Cochrane Library. “It’s put in a lot of products as a preventive agent for caries, but we weren’t sure what the evidence base was to substantiate the claims,” said Dr. Deborah Moore, one of the study’s authors from Manchester University in the UK. Xylitol is a sugar alcohol that is as sweet as traditional sugar, but is not absorbed by the body, according to the researchers. Its properties allow xylitol, which occurs naturally in plants and fruits, to be used in diabetic and “sugar-free” food products, like gum and candies. “Xylitol is known in the laboratory to kill the main bacteria that cause tooth decay, which is why it was singled out as having possible preventive effects on tooth decay,” Moore told Reuters Health. Moreover, she said, there is little or no risk of xylitol causing tooth decay, especially when it’s compared to regular sugar. Products that contain xylitol, like gum or lozenges, can increase the production of saliva, which also may reduce the risk of cavities. The new review is part of The Cochrane Collaboration, an international organization that evaluates medical research. The researchers compiled the best available studies comparing products containing xylitol to products with inactive ingredients. They found 10 studies fitting their criteria, with a total of 5,903 participants. Two studies had data on 4,216 Costa Rican children who used either xylitol- and fluoride-containing toothpaste or simply fluoride-containing toothpaste for three years and found a 13 percent reduction in cavities in the xylitol-fluoride group. However, people should be cautious about interpreting those findings, the researchers write. The data were judged to be of low quality, and the benefits were only seen among the children who were evaluated in both of the studies, so the results could have something to do factors unique to those kids. They also found that data on side effects were lacking for many of the studies, and they note that xylitol is linked to some stomach issues, including diarrhea. Moore said that xylitol is better than sugar, but there is not enough evidence to say it prevents cavities on its own. “If people are concerned about tooth decay the best thing to do is be preventive,” she said, adding that using fluoride-containing toothpaste, using mouthwash and reducing sugar consumption are the best preventive measures. Dr. Burton Edelstein, chair of the Section of Population Oral Health at Columbia University College of Dental Medicine in New York City, agreed that more research is needed on xylitol’s potential to prevent cavities. He cautioned that lack of evidence is not evidence against xylitol, however. For example, Edelstein and colleagues estimate in a new report published in the Journal of the American Dental Association that money might be saved by giving mothers xylitol products because they cut the transmission of bacteria that cause tooth decay from mother to child. Mothers may pass on the bacteria to their children through direct contact, such as sharing utensils or using their saliva to clean the baby’s pacifier or face. Edelstein's group estimates that for every $1 spent on xylitol products for high-risk mothers on New York’s government-run insurance programs for the poor, $1.76 will be saved over 10 years in reduced dental care for the children. Other cost-effective measures include encouraging increased brushing among high-risk preschoolers and maximizing water fluoridation in New York, they write. “We’re dealing with this highly prevalent and almost completely preventable disease that’s taxing public coffers,” Edelstein told Reuters Health.