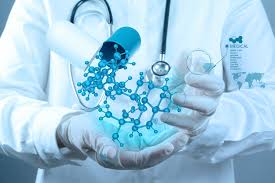 (Reuters Health) - The 46 medicines given approval through 2017 as part of the US Food and Drug Administration’s Breakthrough Therapy program have often been sent to patients without a large double-blind study, direct measurement of benefit, or comparison with a placebo or existing treatment, according to a new analysis by researchers at Yale University and the Yale School of Medicine. “Our research suggests that FDA approval of these breakthrough therapies is generally based on shorter and smaller clinical trials than those that support FDA approval of non-breakthrough therapy drugs,” coauthor Dr Joseph Ross told Reuters Health in an email. The study, published in the Journal of the American Medical Association, did not examine whether the drugs were actually as effective and safe as pre-approval testing suggested. In some cases the FDA doesn’t require such post-marketing studies for “breakthrough” drugs. The breakthrough program is designed to hasten approval of medicines for serious or life-threatening conditions in cases where preliminary tests have suggested dramatic improvement compared to existing treatments. “However, expediting drug approvals raises concerns that important safety or effectiveness information will be missed, potentially heightening risk of patient harm,” said Austin Frakt of the Veterans Health Administration in a JAMA commentary. “A lot of people, when they hear ‘breakthrough designation,’ assume the ‘breakthrough’ is based on great clinical trial evidence but it’s actually more of an expectation that this is promising,” Ross said in a telephone interview. His team’s analysis of the 89 pivotal efficacy trials in the program found that: - 41 percent of the drugs were approved without a gold-standard type of trial in which patients are randomly assigned to receive the drug or a placebo; - 54 percent of approvals were granted without any double-blinded testing, which meant researchers were aware of the treatment each patient was getting; - actual improvement in well-being was measured in only 22 percent of pivotal trials, with the rest relying on substitute indicators that often don’t translate to significant improvement or longer survival; and - 46 percent of drugs were approved even though they were studied without trying to compare how the drug recipients did versus patients receiving a placebo or an established therapy. The team also discovered that the 24 drugs put on the ‘fast track’ for approval - another FDA program for expedited review - were more likely be better-tested. Of the studies supporting their use, 71 percent had randomization, 67 percent were double-blinded, 67 percent had an active or placebo group and 25 percent focused on clinical outcomes. Ross said in his email, “My expectation is that this is what the public and clinicians (and Congress!) wants - more novel therapies coming to market as quickly as is reasonably possible, while still assuring drug safety and efficacy. But when approvals are based on shorter and smaller clinical trials, there is greater uncertainty at the time of approval.” In such cases, questions persist on whether a larger trial will produce a different result, whether the benefit will fade as treatment continues, whether a drug will prove to be dangerous over the long term and whether a drug will really make a difference in long-term quality of life or survival. The FDA requires drug manufacturers who have received fast-track approval to do follow-up studies to answer those questions. But 10 of the breakthrough drugs did not have that requirement. “We need to double-down on the post-marketing requirements to justify their continued use and costs” of such drugs, said Ross. Of the 46 drugs, 25 were to treat cancer, 25 were first-of-their-kind medicines and 30 were classified as orphan drugs, which are medicines for a disease affecting fewer than 200,000 Americans each year. More than half the approvals were based on just one pivotal trial. Frakt said there is evidence that drugs given expedited approval give greater benefits than drugs given conventional reviews. “Because expedited review programs are intended for drugs that treat serious conditions and address unmet medical needs, accepting greater risk may be reasonable and more consistent with patients’ preferences,” Frakt wrote in his editorial. “However, because many of these drugs also come with high price tags, financed with public funds through Medicare, Medicaid, and other programs, the patients’ point of view is not the only one of relevance. A consideration of cost is also reasonable from the point of view of taxpayers.”