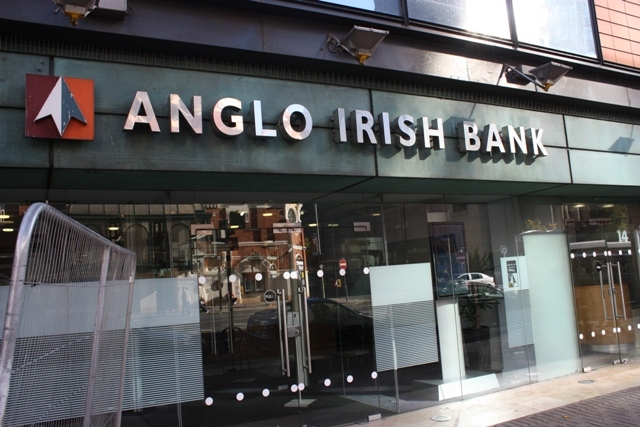 DUBLIN - The former head of Anglo Irish Bank will not fight being sent back to his native Ireland from the United States to face criminal charges related to the bank's collapse if he is granted bail upon his return, he was quoted as saying on Sunday.

David Drumm has been in custody since he was arrested at his Massachusetts home on October 10 after Irish officials asked that he be extradited to face a 33-count criminal indictment related to the collapse of the failed bank.

Anglo Irish Bank was nationalised in early 2009 in a takeover that cost Ireland some 30 billion euros ($33 billion).

"I have instructed my US attorneys last week to explore all opportunities with the US and Irish authorities to expedite a return to Ireland," Drumm was quoted as saying in the Irish weekly Sunday Business Post, adding that he hoped to apply to a Boston court on Monday to achieve this.

"I have given clear instructions that all rights to challenge the extradition in the US should be waived and no other options available to me should be pursued in order to facilitate an immediate return to Ireland."

Drumm faces charges in Ireland related to fraudulent loans the bank made in 2008 intended to help prop up its share prices, which was falling sharply during the global crisis, according to papers unsealed in Boston in October.

The charges include forgery, conspiracy and false accounting. Drumm, who moved to Boston after the bank was nationalised seven years ago, has denied any wrongdoing.

He is due to face the extradition charges on March 1. He unsuccessfully pleaded for his release on bail last year, saying he was not a flight risk.

Drumm told the newspaper he was asking Ireland's Director of Public Prosecutions (DPP) not to oppose bail if he returned so he could work and participate fully in his defence.

"I understand that the DPP will not agree to our request, and will oppose bail. Although this is a disappointment and very perplexing, it does not diminish my desire to return to Ireland," Drumm said. The DPP could not immediately be reached for comment. -Reuters