Ex-Hollywood producer gets approval for new lawyers in rape case 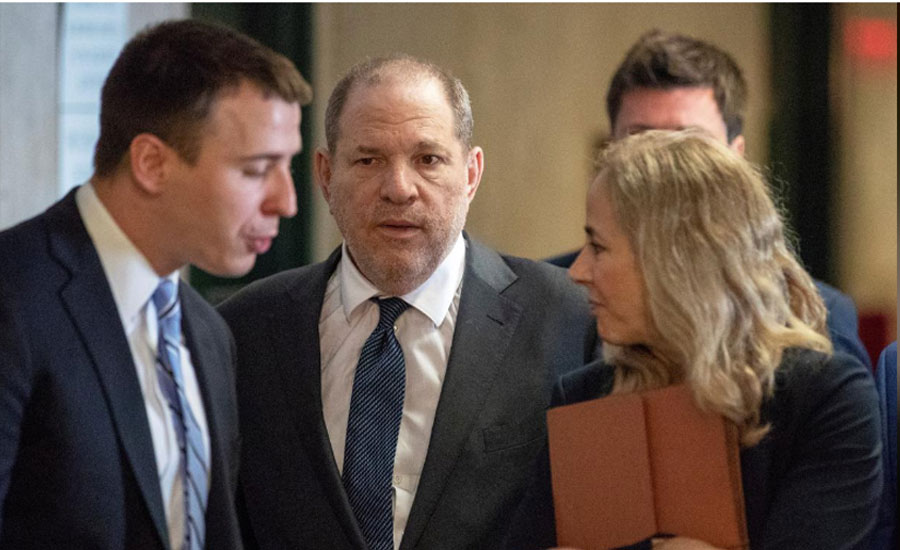 Ex-Hollywood producer gets approval for new lawyers in rape case

NEW YORK (Reuters) - Former Hollywood producer Harvey Weinstein got approval from a New York judge to hire a new legal team two months before his scheduled rape trial. The two new lawyers, Donna Rotunno and Damon Cheronis, appeared at a brief hearing in Manhattan Supreme Court before Justice James Burke to make their formal applications to take over Weinstein’s defense before the September 9 trial date. “Mr. Weinstein, is that what you want?” Burke asked. “Yes,” Weinstein answered. Weinstein, 67, is charged in New York with sexually assaulting two women, in July 2006 and March 2013. He has pleaded not guilty to the five charges against him, which include rape, and faces a maximum sentence of life in prison if convicted. Weinstein hired the new lawyers, both based in Chicago, last month. Rotunno and Cheronis are Weinstein’s third legal team in the case. Prominent Florida defense lawyer Jose Baez and Harvard University law professor Ronald Sullivan both recently left, with Baez making his departure official at Thursday’s hearing. They, in turn, had replaced New York defense lawyer Ben Brafman, who quit the case in January. The two accusers in the criminal case are among some 70 women, mostly young actresses and women in the film industry, who have accused Weinstein of sexual assaults dating back decades. He has denied the allegations. The accusations helped spark the #MeToo movement in which hundreds of women have publicly accused powerful men in business, politics, the news media and entertainment of sexual harassment and abuse.
As the accusations against Weinstein mounted, his company Weinstein Co fired him and filed for bankruptcy, and he was expelled from the Academy of Motion Picture Arts and Sciences. The Wall Street Journal reported that Rotunno, a former Chicago prosecutor who specializes in the defense of men accused of sex crimes, said in an interview that she rejected the #MeToo movement.