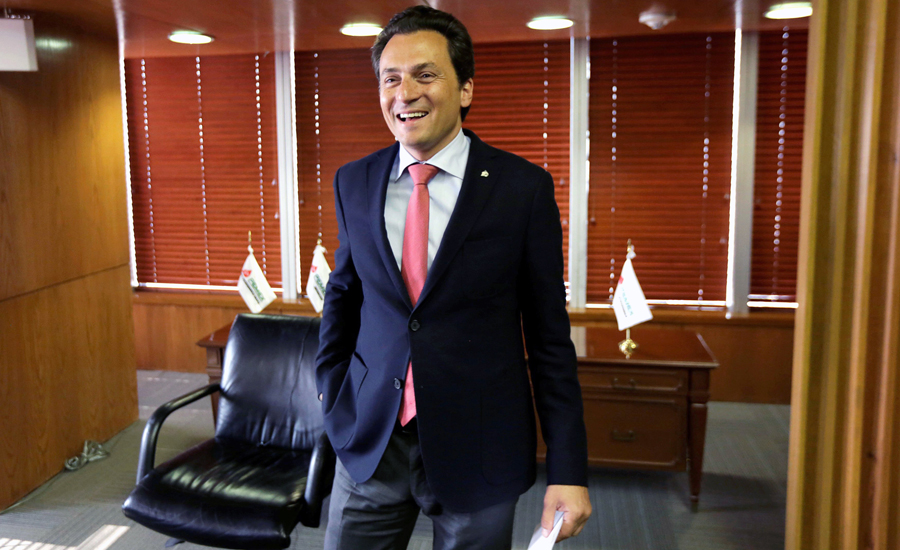 MEXICO CITY (Web Desk) - An arrest warrant has been issued for Emilio Lozoya, former chief executive of Mexican state oil company Pemex, prosecutors say. He is accused of taking $10m (£8m) in bribes from Brazilian construction giant Odebrecht, which admits paying off politicians in Latin America. Mr Lozoya's wife, sister and mother are wanted in the same corruption case, the prosecutor's office says. His lawyer rejects the allegations and wants the arrest warrant to be revoked. Mr Lozoya was the chief executive of Pemex until 2016. He was also one of the closest advisers to former President Enrique Pena Nieto, who is not implicated in the scandal. Founded in the 1940s, Odebrecht was for a while one of Brazil's most competitive construction companies, winning contracts not just in Latin America but also in the Middle East and Africa. It won numerous awards and was voted one of the best employers in Brazil. But in 2015 the arrest of its CEO, Marcelo Odebrecht, shattered the firm's image. Initially he denied all accusations of corrupt links to politicians, but two years later a plea bargain deal saw him come forward with allegations that are still rocking Latin American politics. SOURCE: BBC NEWS