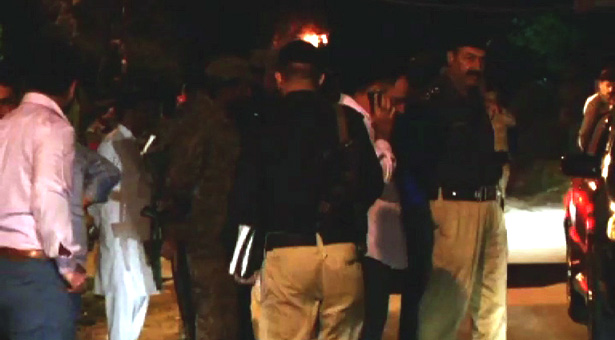 LAHORE (92 News) - A 14-year-old boy was gunned down by the son of a former federal minister allegedly over a car accident in the Cavalry Ground area on Wednesday night. As per sources, Mustafa Kanju, son of former federal minister Siddique Khan Kanju, shot dead the only son of a widow, following a car accident. Kanju was reportedly accompanied by seven gunmen. But witnesses said that Mustafa had pulled the handgun’s trigger that claimed the life of the minor boy and injured another passerby. The accused was allegedly under the influence. The mother of the deceased called for the arrest of the accused at the earliest.  “He was my only child. I want to see him hanged,” she said. Lahore DIG Operations Dr Haider Ashraf said the police had taken into custody Mustafa’s seven gunmen.  “We’re carrying out raids to arrest the main accused,” he said. “The police has registered an FIR against Mustafa in which sections related to terrorism have also been added.” Meanwhile, Chief Minister Shahbaz Sharif has taken notice of the incident.